Japan and India should form a sacred alliance to take on the world politically, economically and socially 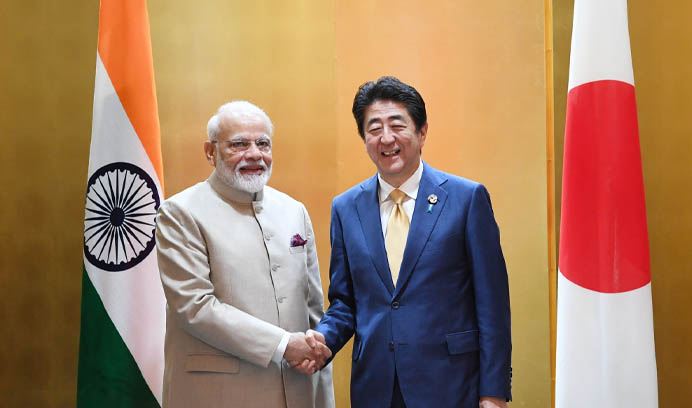 Post-COVID-19 Japan and India can embark on a sacred alliance for the good of the world.

Japan and India relations have been positive and both have boosted each other in terms of business and culture. Their bilateral relationship should be transformed into a sacred alliance.

Writing for Observer Research Foundation (ORF), Takeo Harada, CEO and Representative of Institute for International Strategy and Information Analysis Inc, said that ties between Japan and India should be built up as a force of good for the world, politically, economically and socially. He said the Japan-India alliance is poised to lead the world.

Harada gave an example of Brahmagupta, a legendary Indian mathematician and author of Brahmasphutasiddhanta…”succeeded to discover the concept of zero (0) - the culture and civilization of India has respected the concept of emptiness - or zero as the origin of the universe far beyond any kind of human activities and capabilities.”

This tradition leads the people towards the concept of humility towards the environment and nature, which is a sentiment that is shared equally by the people of Japan, he stated in ORF. “To change the wrong belief of human almightiness (originated in the Western countries and expanded by the contemporary China) and acquire a new mindset for the next phase of the human civilization, this kind of humility is paramount,” he explained

Read the full report in ORF