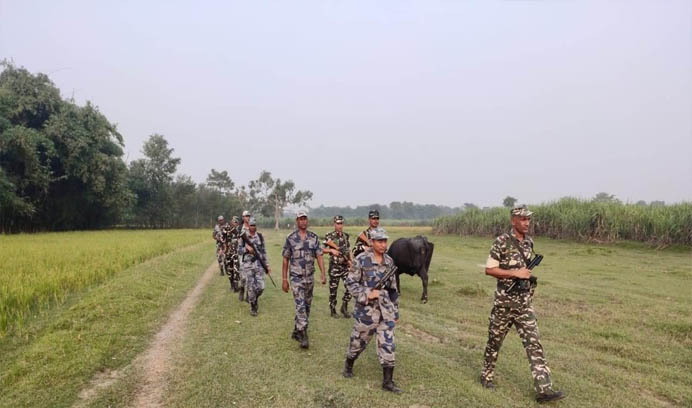 Indian authorities have flagged Nepal’s move of installing omni-directional CCTV cameras on the India-Nepal border near Champawat district of Uttarkhand. The installation has become a concern for security agencies in India because it provides 360 degree view.

The issue was raised with the Nepalese authorities to which they have assured to look into, along with other matters pertaining to border issues, The New Indian Express quoted SN Pandey, district magistrate of Champawat district.

Concerns had initially been raised by the Sashastra Seema Bal (SSB) which guards and patrols the India-Nepal border for India. “This seems to keep a watch on the movement of Indian border patrols. We have objected to the installation,” an official said.

Moreover, India is on alert due to the border standoff with China in Galwan Valley and Nepalese people erected pillars for fencing the no-man’s land near the border on July 22. Nepalese residents reportedly built up around 23 wood and concrete structures in no man’s land on Indian side last week which became a thorny issue between authorities and people of both countries, the report said.

According to the report, Nepalese authorities have assured the Indian authorities that the issues would be resolved through talks. They have also written to India to not stop their people’s movement into Limipiyadhura, Kalapani and Lipulekh areas which the Himalayan nation claims its own.