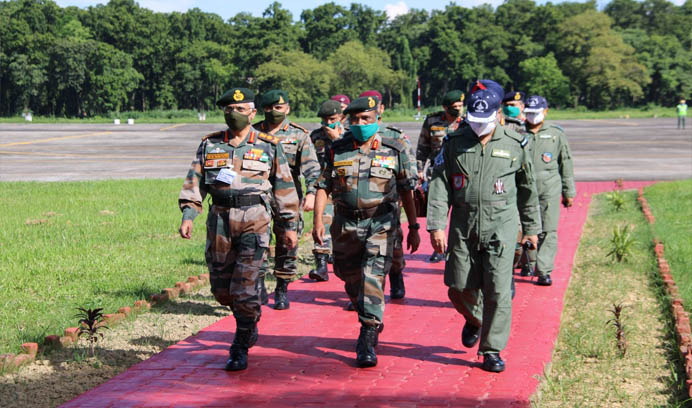 The study will also include drone swarms, robotics, lasers and loiter munitions

The Indian Army is undertaking a major study headed by a senior Lt-General on advanced “niche and disruptive warfare technology amid border tensions with China, The Times of India has reported.

According to the report, the study will range from drone swarms, robotics, lasers and loiter munitions to artificial intelligence, big data analysis and algorithms warfare.

Quoting sources, the report says the study was meant to bolster the conventional war fighting capability of Indian army and to prepare for a non-kinetic and no-combative warfare in years ahead.

According to the report, the Indian Army’s new warfare doctrine in 2018 had stressed the need to sharpen the entire war-fighting strategy, ranging from creation of agile integrated battle groups (IBG s) and expansive cyber-warfare capabilities to induction plans for launch-on-demand micro satellites, directed-energy weapons like lasers, AI, robotics etc.

Quoting another anonymous source, the report says Indian Army’s future military planning will revolve around the effective integration of soldiers and above mentioned disruptive technologies into a cohesive war fighting machinery.

The report adds India has already done some ground work on developing drone swarms which can be used to destroy enemy defence systems, in a joint project with the US. This is one of the seven bilateral projects identified under defence technology and trade initiative (DTTI) last October.