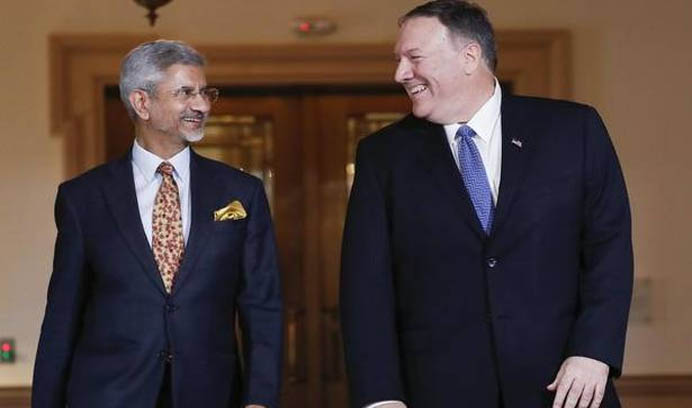 India and the US on Thursday had a discussion on the “destabilizing actions” in the region, said a report by Hindustan Times, adding that this was a clear reference to China’s aggression along the border in eastern Ladakh.

India’s External Affairs Minister S. Jaishankar and his American counterpart US Secretary of State Michael R Pompeo took part in what the report described as ongoing deliberations on the border standoff between India and China. The US has been very supportive of India on the matter, the report said.

According to the Hindustan TImes report, other than the Chinese aggression, the two countries also discussed a range of subjects including the international strategies of each nation, the bilateral ties, COVID scenario and ways to combat, and the peace process in Afghanistan.

The report states that, according to an official, Pompeo and Jaishankar also discussed that the countries would use the strength of the political relations with each other to develop peace and prosperity in the Indo-Pacific region.

Following the conversation Pompeo tweeted, “We remain united to advance peace in Afghanistan, and to a secure and sovereign Indo-Pacific in which all countries can prosper.”