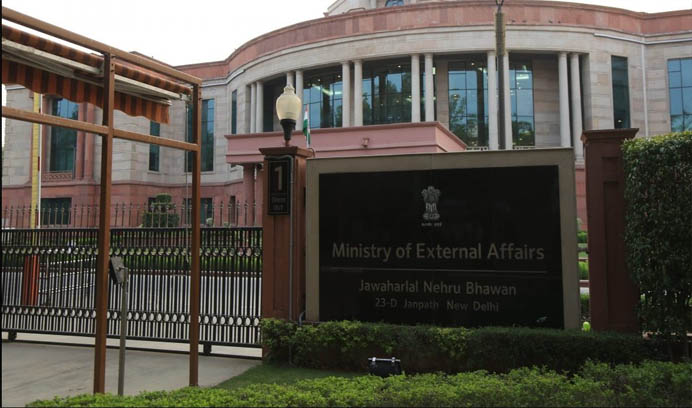 China has no locus standi on this matter, said the Ministry of External Affairs, advising it not to comment on internal affairs of other nations

India on Wednesday took strong exception to Chinese Foreign Ministry spokesperson Wang Wenbin’s statement on one year of abrogation of Article 370 of the constitution which provided special status to Jammu and Kashmir.

At the regular press briefing on August 5, the Chinese foreign ministry spokesperson said, “Any unilateral change to the status quo is illegal and invalid. This issue should be properly resolved peacefully through dialogue and consultations between the parties concerned.”

He also said, “China closely follows the situation in the Kashmir region. China’s position on the Kashmir issue is clear and consistent. This issue is a dispute leftover from history between Pakistan and India. That is an objective fact as laid out by the UN Charter, UN Security Council resolutions and the bilateral agreements between Pakistan and India.”

Upset with this statement, Ministry of External Affairs’ spokesperson Anurag Srivastava said, “We have noted the comments of the Chinese MFA spokesperson on the Indian Union Territory of Jammu and Kashmir. The Chinese side has no locus standi whatsoever on this matter and is advised not to comment on the internal affairs of other nations.”

Tired of unrest caused by Pakistan sponsored terrorism, unchecked corruption and various other administrative anomalies in Jammu and Kashmir, the Union government headed by Narendra Modi on August 5, 2019 scrapped the special status enjoyed by the state and bifurcated it into two Union Territories- Jammu and Kashmir and Ladakh.

The move came as a big jolt to Pakistan but China whom Islamabad describes as all-weather friend jumped into the fray, calling India’s decision to make Aksai Chin as part of the Union Territory of Ladakh as “unacceptable.” China urged New Delhi to respect Chinese territorial sovereignty and uphold peace and tranquility in the border areas.

India promptly rejected Beijing’s claim, saying the decision to form Ladakh as the separate Union Territory was an “internal matter” of India.