150 Indians to go back to China on special flight, return trip to get 200 nationals home 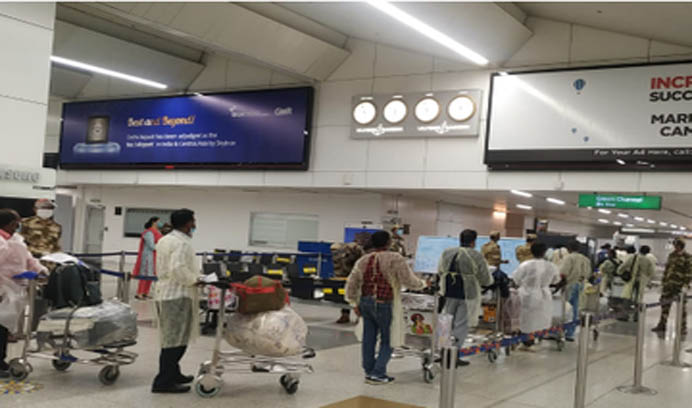 File photo of passengers at the IGI Airport in Delhi. (Source: Twitter @DelhiAirport)

With 150 Indians set to return to China on a special Air India flight on Thursday, Beijing has implemented strict COVID-19 medical protocol.

Chinese officials have made it very clear that Indians will only be allowed on Thursday’s flight if each individual had done serum antibody detection and nucleic acid tests within five days, that is before boarding, and their individual health forms were endorsed by the Chinese embassy in New Delhi, said a report in Hindustan Times. Moreover, a fresh nucleic test has to be done once the passengers disemark in Guangzhou, and if positive, the passenger would have to return to New Delhi on the same flight.

Indians, employed privately in China, have another mandatory requirement that they need to complete. They have to have an invitation letter signed by the local Chinese foreign affairs office where they work.

The Chinese government has allowed Thursday’s flight a little over a month after blocking Indian nationals returning because two returning Indians had been diagnosed positive for COVID-19 on a Shanghai-bound special flight on July 20. Among those returning to China are Indians working for multilateral banks, the New Development Bank and the Asian Infrastructure Investment Bank.

On its way back to New Delhi from the southern Chinese city of Guangzhou, the flight is expected to fly back more than 200 Indians. Most returning Indians are students studying medicine in China.