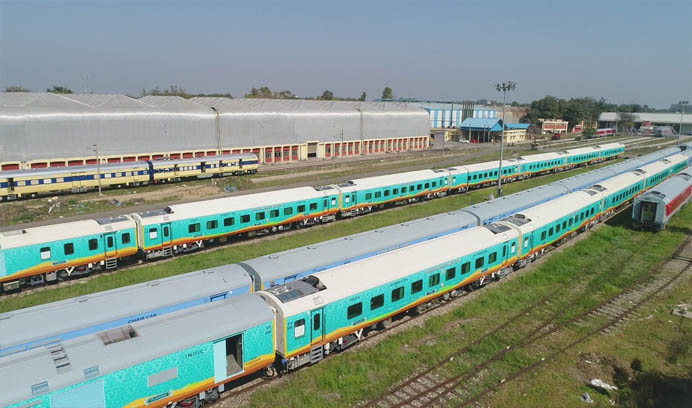 The Rail Coach Factory (RCF) in Kapurthala, a part of Indian Railways, has created another record by producing 151 Linke Hofmann Busch (LHB) coaches, all in the month of July under the ‘Make in India’ scheme, Financial Express has reported. The report also said that the number shows highest monthly production ever and is three times the number of coaches produced in July 2019.

The Financial Express reported Railways Minister Piyush Goyal saying that this has given a boost to employment.

According to The Financial Express, the first time India fully made the LHB coaches under ‘Make in India’ was in the year 2017 and they were manufactured at the Internal Coach Factory (ICF) in Chennai. These coaches have a higher carrying capacity than conventional ICF coaches and are considered safer and better.

The Financial Express report said that India has now fully stopped the manufacturing of ICF coaches and the older ones are now being replaced by LHB coaches. The coaches have already been replaced in Howrah-Patna Jan Shatabdi Express, Jansadharan Express, Belagavi-Bengaluru Daily Superfast Express and Charminar Express and will be soon replaced in others as well, Financial Express report further mentioned.