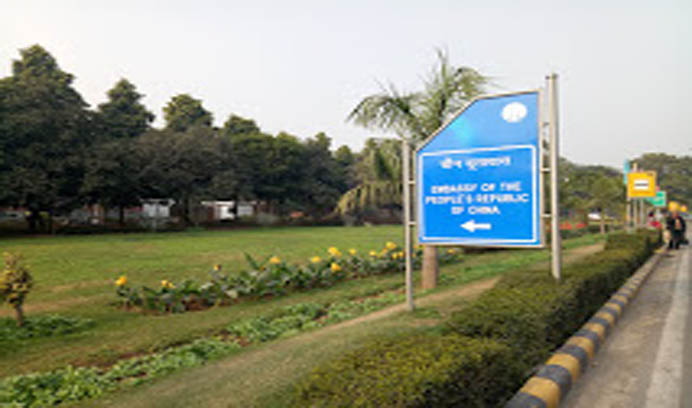 In response to a media query, spokesperson of the Chinese embassy in India Counselor Ji Rong on Tuesday asked India to “avoid politicizing normal cooperation, and maintain healthy and stable development of China-India people-to-people and cultural exchanges.”

In the backdrop of India-China violent face off at the Galwan Valley on June 15 and mounting international concern over the misuse of China funded institutes for activities other than academics, security agencies in India had raised their alarm on the functioning of Confucius institutes.

Some media reports suggest that many central universities and institutes had gone ahead to sign pacts with Chinese institutes without approval from the Ministry of Human Resources and UGC.

But the spokesperson of the Chinese embassy said, “China-India cooperation on the Confucius Institute Project has been carried out for more than 10 years. All Confucius Institutes were established by the Chinese and Indian universities after signing legally binding cooperation agreements in accordance with the principles of mutual respect, friendly consultation, equality and mutual benefit, and on the premise that the Indian side applied voluntarily and met the conditions for running the Institute.”

But alarm bells started ringing against these institutes when ranking members of the Chinese Communist Party’s Standing Committee were quoted as saying that Confucius institutes are part of the overseas propaganda to project China’s soft power.

During the review meet, all 54 MoUs on inter-school cooperation signed between Indian and Chinese higher education institutions will also come for assessment.