Army to engage private players to meet its ammunition requirements 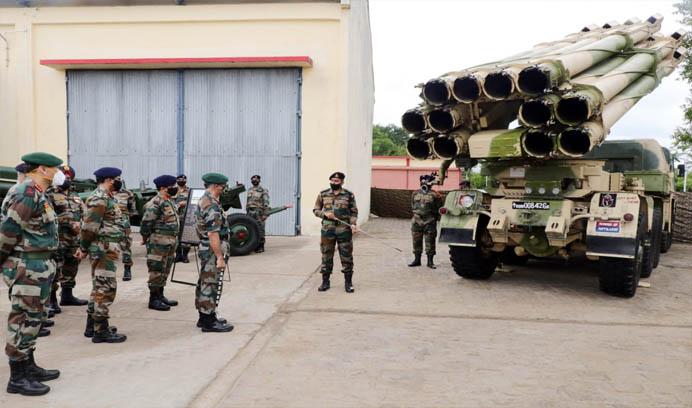 In order to meet its annual requirement of various arms and ammunition for the next 10 years, the Indian Army is now seeking to engage prospective private arms manufacturers and industries who might help in indigenous production of the ammunition, The Tribute has reported. Though, the army has made it clear that the interested manufactures will not receive any financial support.

The request has been made by the Master General of Ordnance’s Branch at Army Headquarters through a series of Requests for information (RFI), the report mentioned.

According to The Tribune report, the army needs these manufacturers to produce rockets for 300mm SMERCH and 122mm BM21 systems, 90mm shoulder-fired rocket launcher, 155mm, 40mm and 20mm rounds of artillery and much more.

The report suggested that the steps have been taken to reduce dependence on foreign arms manufacturers. The government is looking forward to reducing the import of military equipment.

Although the army has approached the indigenous private players, it has made it clear that the selected manufacturers will not be given any concession, nor will they be given any financial assistance to set up a manufacturing plant, the report has clearly mentioned.

As per the report published in The Tribute, the maximum supply of ammunition is facilitated by Ordnance Factory Board, and in 2017 the government identified specific equipment which can be produced indigenously by private players.