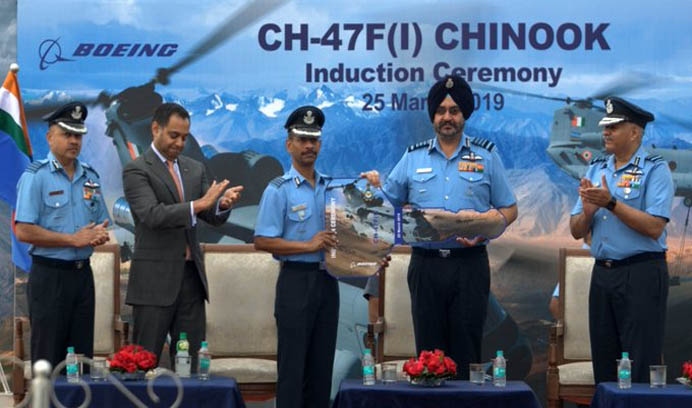 Comparing Rafales and J-20 fighter jets of China, the ex-IAF chief said that the former is not stealthy as of now

The Rafale jets, with its fantastic electronic warfare suite and maneuverability, will give India an advantage in case of any aerial combat with China in the mountainous Tibet region, former Chief of Air Staff Air Chief Marshal (retd) BS Dhanoa was quoted as saying in a FirstPost report.

Dhanoa said the Rafale jets along with S-400 missile systems will make India’s adversaries think twice before starting a war.

“Rafales can play an important role in doing DEAD (Destruction of Enemy Air Defence) on the Surface-to-Air Missiles that the Chinese have put on Tibet. Once you take out those surface to air missiles, then other aircraft like Su30, Jaguars, even Mig 21s can go out and drop the bombs on the Chinese forces,” Dhanoa was quoted as saying to PTI in the FirstPost report.

Comparing Rafales and J-20 fighter jets of China, he added that Chinese aircraft is not stealthy and cannot supercruise, unlike the Indian jets.

The purpose of Rafale and S-400 is to hit Pakistani aircraft inside Pakistani air space and not when they come inside Indian territory, in case of Pakistan, the report quoted him as saying in a PTI interview.

Dhanoa said it would be a good step for India to procure two more squadrons of Rafales as it makes operational sense, as per the PTI interview quoted in the report.

The former chief of IAF thanked all the people who stood by the Rafale deal, including the defense minister, the civil servants, the then defense secretary, the director-general, and many others in the government, said the report.

He further expressed happiness as the first squadron of Rafales will be part of the Number 17 Squadron, also known as ''Golden Arrows'', based in Ambala, the report said.

Read the complete report in FirstPost