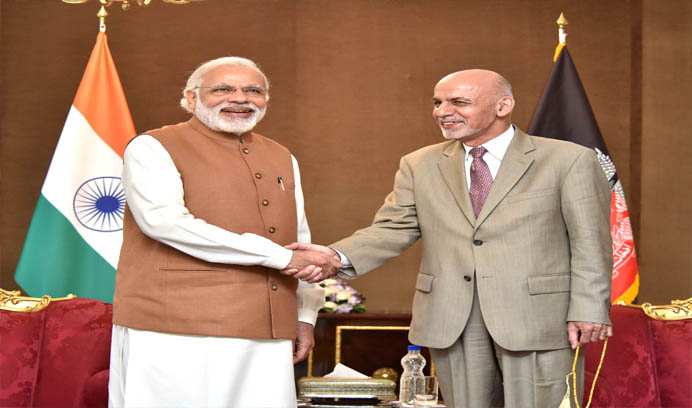 This is significant in the backdrop of China's efforts to increase its diplomatic, strategic and economic influence in South Asia

According to a press note issued by the Ministry of External Affairs, President Ghani thanked Prime Minister Modi for timely supply of food and medical assistance to meet Afghan requirements.

The Prime Minister reiterated India's commitment to the people of Afghanistan in their quest for a peaceful, prosperous and inclusive Afghanistan.

The two leaders also exchanged views on the evolving security situation in the region and other areas of mutual bilateral interest.

In the backdrop of China's attempt to increase its diplomatic, strategic and economic influence in South Asia, Prime Minister Modi’s telephonic talks with the Afghanistan President assumes high significance.

Last week, China held a quadrilateral meeting through video conference with Afghanistan, Pakistan and Nepal to discuss coordination on the Covid-19 pandemic.

After the Galwan Valley incident, which exposed China’s expansionist design, India doesn’t want to take things lying down. It is keeping a close watch on Beijing’s activity in South Asia and the Indian Ocean Region.