Indian Army prepares for a long winter in Ladakh 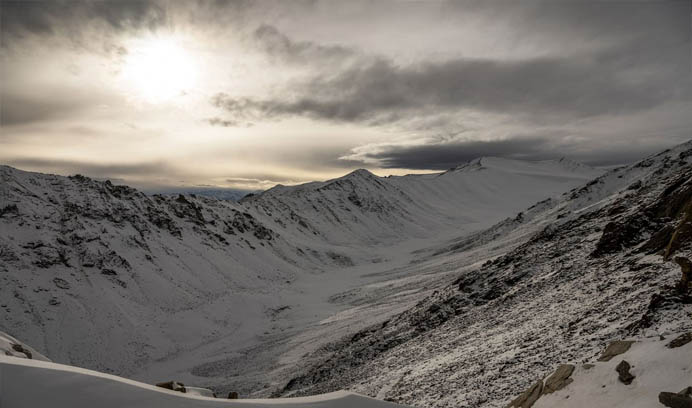 The Indian army has started preparing for a long winter in Ladakh as it doesn’t want to repeat what happened in April 2020 again. Chinese People’s Liberation Army (PLA) has been demanding to restore the status quo ante along the 1,597 km Line of Actual Control (LAC) in the Ladakh sector and this has kept the Indian army alarmed, said a Hindustan Times report.

According to the top government officials quoted in the report, the Indian Army has asked its defense attaches working in embassies in the US, Russia, and Europe to identify warm clothes and snow tent manufacturers in case there is a need for emergency purchases.

“After the PLA aggression, we don’t trust the Chinese and fear that they will come back again north of Pangong Tso as summer arrives in 2021,” a military commander was quoted as saying in the report.

The requirements of the Indian Army get fulfilled by the local manufacturers concerning igloos, semi-hemispherical domes, down parkas, snow goggles, boots, and gloves for troops guarding the heights in the western sector after Operation Meghdoot in Siachen in 1984, said the report.

The PLA has disengaged from Galwan Valley and Hot Springs but a smattering of adversary troops are still on forward location at Gogra and withdrawal from all contested finger features seems far at the Pangong Tso, Hindustan Times reported.

As Chang La pass gets filled with snow and lies en route to defenses at Pangong Tso, the Indian army has not only placed orders with domestic manufacturers but also asked troops other than those stationed on Saltoro ridge and Siachen glacier to give up extreme snow clothing; another army official was quoted as saying in the report.

The Hindustan Times report also quoted a former Army Chief as saying that keeping in mind the escalating border tension, “the Indian Army is regularly mounting patrols to earmark Indian territory and defend it to the last inch.”