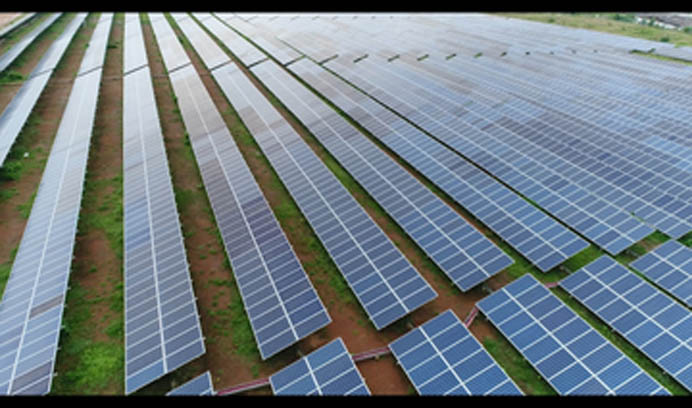 Imposition of trade barriers are not enough to make domestic manufacturing competitive in price and reach the scale required to meet market demand.

While economic boycott of Chinese products, as a response to Chinese intrusion into Indian territory, does complement Prime Minister Narendra Modi’s call for ‘Atmanirbharta’, or a self-reliant India, it alone is not sufficient for deepening the domestic market.

Presenting solar energy as a case in point, an article published in The Financial Express says imposition of trade barriers such as higher custom duties and other tariffs will not be enough to make domestic manufacturing competitive in price and reach the scale required to meet the market demand.

Suggesting a three-step process for this, the article says the first thing which needs to be done is identification of a value chain.

In the Indian solar sector, as much as 80% of India’s cells and modules are imported from China. Thus, while identifying a value chain, a green industrial policy must take a broad and long term view by considering associated technologies such as solar inverters, battery storage, electric vehicles, etc so that an ecosystem of interconnected manufacturing processes can develop.

Secondly, the article says “deconstruction of competitive advantage of the trade counterparts”. By this, the article says the industrial policy must address issues pertaining to price difference between products of two countries due to differences in other direct costs such as the cost of finance, labour costs, electricity costs, etc.

Finally, the article in The Financial Express says a robust green industrial policy must use multiple tools to support the creation of a market that has scale and nimbleness to evolve as technology improves. This includes a measured combination of interventions like viability gap funding, access to low-cost capital, and manufacturing zones with production and tax incentives.