Decoding the truth behind ‘gurdwara conversion’ in Pakistan video 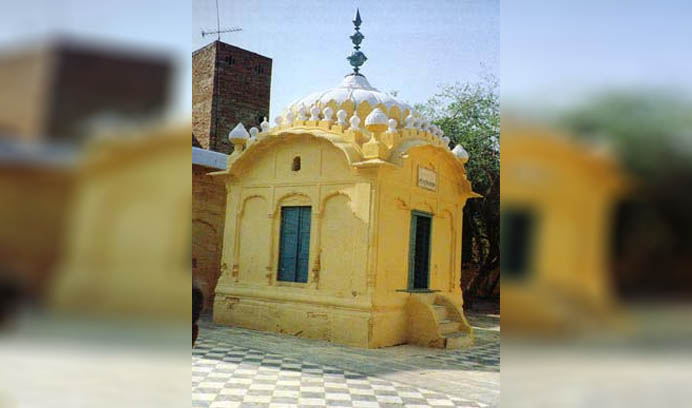 India lodged a strong protest with Pakistan High Commission earlier this week claiming attempts were made to convert Gurdwara Shaheed Ganj Bhai Taru Singh Shaheedi Asthan in Naulakha Bazar of Lahore into a mosque. The protest came after a video went viral of a man from Lahore claiming that the gurdwara site belonged to a mosque.

A detailed report by The Indian Express has explained what the controversy is all about.

According to the report, the gurdwara stands in the Shaheed Ganj complex in Naulakha Bazar which is associated with four ‘historical’ shrines. These include the Gurdwara Shaheed Ganj Bhai Taru Singh, Shaheed Ganj mosque (now non-existent), Darbar Hazrat Shah Kaku Chisti, and Gurdwara Shahid Ganj Singh Singhnian, which stands at some distance from the complex. It is believed that the mosque was closed after the British took over, the report said.

Bhai Taru Singh was a pious Sandhu Jatt from village Puhla, who spent his earning in helping Sikhs fighting against the Mughals, according to the Encyclopedia of Sikhism.

The Indian Express talked to historians and quoted them as saying, “The man in the video claiming that he will take back the mosque land himself doesn’t know where the mosque was and which land he is talking about.”

The report also quoted a senior Sikh official of Pakistan saying there was no architectural evidence of any mosque now.

The Evacuee Trust Property Board (ETPB) in Pakistan claimed that it was an ‘individual act’ to derail Muslim Sikh harmony and sent a letter to DIG Lahore for taking action against him, the Indian Express report said.