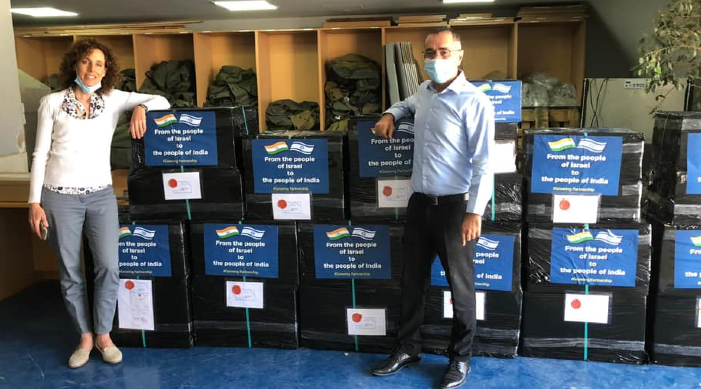 Israel is providing cutting-edge equipment to control the spread of Covid-19 in India. (Source: Twitter @ Gabi_Ashkenazi)

A high-level Israeli delegation left for India with medical equipment on Sunday with the two countries deciding to strengthen collaboration in the fight against Covid-19.

The team led by the Directorate of Defense Research and Development (DDR&D) in the Israel Ministry of Defense left for India in two flights, The New Indian Express has reported.

This information was communicated to S. Jaishankar, India’s External Affairs Minister by Israeli Foreign Minister Gabi Ashkenazi over a call when they “pledged to strengthen collaboration between the two countries in the fight against coronavirus,” says the report, quoting wire service PTI.

"I spoke with Indian FM @DrSJaishankar. I updated him on the Israeli flight en route to India containing medical equipment. We agreed to strengthen our collaboration in the fight against Corona," the report quotes Ashkenazi’s tweet.

The Israeli Delegation having 20 experts in various fields will conduct a series of tests to find solutions that may identify the presence of a virus within minutes states the report.

The aircraft is carrying “cutting-edge equipment from the Israeli Ministry of Foreign Affairs and members of the private sector,” and soon ventilators will be exported to India, according to the PTI report in The New Indian Express.

The number of COVID-19 patients in both countries is increasing at a high pace.

The New Indian Express report reveals that Prime Minister Narendra Modi and his Israeli counterpart Benjamin Netanyahu have had three telephonic conversations post the outbreak of the pandemic. The emphasis of the conversations was to mutually deal with the virus.

Read the complete report in The New Indian Express