Diplomats plan an ‘air corridor’ between the UAE and India 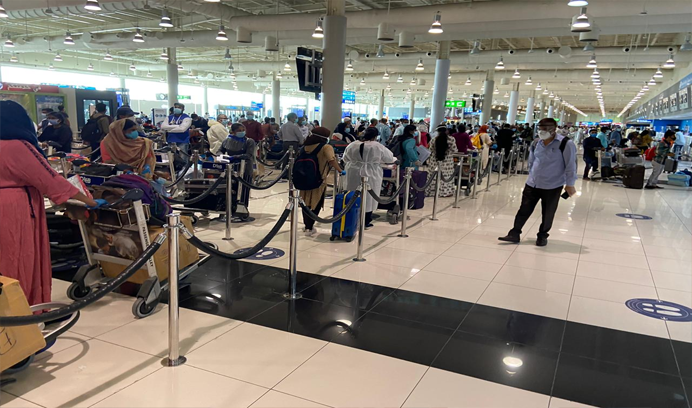 After a 15-day ‘select flights operation’ ended between India and the UAE on July 26, diplomats plan to create an ‘air corridor’ between the countries, to bring thousands of residents back to the Emirates.

The idea of creating a temporary travel corridor is being explored by diplomats, said a report by The National.

Although regular flights have yet to resume in India, select flights were operated between July 12 and July 26, to repatriate residents to the UAE, after an agreement between the countries, said the report.

Several thousand passengers were able to travel to the Emirates from India during the 15-day window. The arrangement will continue for another 10 days, Pavan Kapoor, India’s ambassador to the UAE was quoted saying in The National report.

“The key thing we are trying to ensure is that there is no break in the process, so we'll continue with the arrangement for another week or 10 days. And in the meantime, we explore the idea of creating an air corridor like we have done with some other countries, "Kapoor was quoted in the report.

However, no details about the air corridor, the number of flights per week, the airlines or terms of operation were available, said the report.

According to The National report, about 210,000 Indians have been sent back from the UAE since May 7. And from India, 10,000 UAE residents have traveled back to the Emirates in the past few weeks.

India is in talks with the US and France to set up air travel bubbles, said the report.

An air bubble is an arrangement between two countries that allows airlines from both to fly under an agreement.

Read the complete report in The National