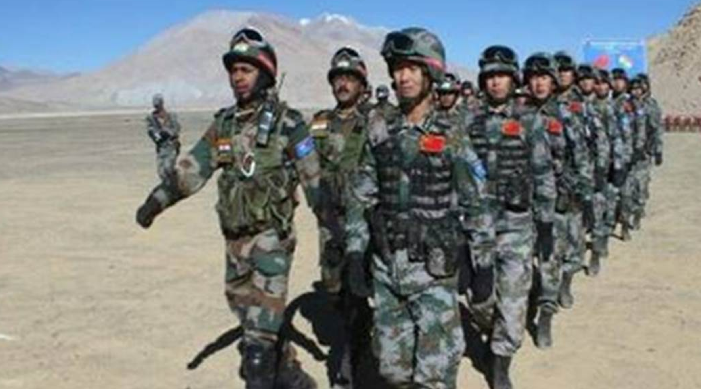 China has not so far pulled back its troops from some of the friction points of the Line of Actual Control, despite several rounds of military and diplomatic level talks

Using moderate but assertive language in conveying a message to China, Indian Army has said troops will remain deployed along the Line of Actual Control, till People’s Liberation Army withdraws its soldiers to the position of what was there on the border in April.

In an interview with a private channel, Northern Command chief Lt General Y K Joshi on Saturday said armed forces will ensure China withdraws and restores status quo ante as was the deployment in April.

“What I can tell you in simple words is that we shall continue all efforts to restore the status quo ante along the LAC. I believe the negotiations and process of this engagement and the commitment of both sides to adhere to the laid down methodology would dictate the timeline of the standoff,” the Northern Command chief was quoted as saying by The Pioneer.

This statement has come in the background of the fact that China has not yet pulled back its troops from the Pangong Tso lake.

On May 5, Indian and Chinese soldiers had their first face-off at the Pangong Tso when the Chinese army obstructed an Indian patrol, leading to fisticuffs between the two sides.

On the current situation on the border, the Northern Command chief said there is a method to every process. The ongoing military talks with the Chinese are no different and certain commitments are required from the both sides for the process to move ahead.

“While we are investing sincerely in this ongoing endeavour to bring about peace along the border, we also remain prepared at all times for any eventuality,” Lt General Joshi said.

His observations have come after the first phase of disengagement got over some days back with the Chinese troops pulling back from Galwan and Patrolling Point (PP) 15, but only partially from PP 17A.

At Pangong Tso, where the Chinese troops had intruded five to six kms from Finger 8 to Finger 4 area in May, have moved back from the base of Finger 4 to Finger 5, yet they continue to remain on the ridgelines of Finger 4 overlooking Indian positions.

Read this article in details in The Pioneer: