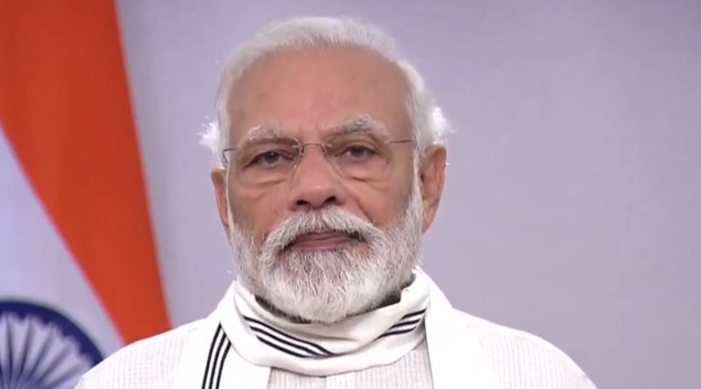 Kargil Vijay Diwas is marked to commemorate India's victory over Pakistan on 26 July, 1999, after Indian soldiers pushed back Pakistani troops from the icy heights of Kargil

Paying homage to armed forces on Kargil Vijay Diwas, Prime Minister Narendra Modi in his monthly radio programme on Sunday said India will never forget the courage and determination of armed forces who steadfastly protected the country in 1999.

“Their valour continues to inspire generations,” the Prime Minister said, recalling the circumstances under which the battle of Kargil took place.

“When India extended a hand of friendship, Pakistan tried to respond by stabbing in the back,” the Prime Minister said, adding when Indian army displayed deeds of valour the whole world watched it.

“It was the victory of high morale and bravery of our armed forces in the truest sense of the term,” Prime Minister Modi said, calling Kargil Vijay Diwas as one of the most precious moments of his life.

“On social media, they are saluting their brave heart heroes and paying tributes to those martyred with the #Courage in Kargil. Today, I, on behalf of all countrymen salute the brave soldiers….and along with them I also salute the brave mothers who gave rise to the real heroes, sons of Mother India,” Modi said.

Kargil Vijay Diwas is marked to commemorate India's victory over Pakistan on 26 July, 1999, after Indian soldiers pushed back Pakistani troops from the icy heights of Kargil.

In 1999, the Indian Army on this day declared an end to Operation Vijay and announced victory after the nearly three-month battle in the icy heights of Kargil, where it lost around 500 soldiers.

The Prime Minister also cautioned people to speak sensibly when soldiers are fighting a war at the border.

“In times of war, whatever we say or do has immense bearing on the morale of the soldier, ever vigilant at the border, as well as the morale of his family. We should never forget this… and that is why our conduct, our demeanour, our speech, our statements, our limits, our aims… whatever we do and say, must distinctly be conducive to enhancing the morale and honour of our soldiers,” Prime Minister Modi said.

The Prime Minister was referring to role played by some disgruntled elements during the ongoing stand-off with China, which has proved fatal as 20 Indian soldiers died in a violent clash with Chinese PLA.

“At times, without paying heed to the essence, we encourage certain things on Social Media that are detrimental to the country. There are times when we keep forwarding things out of sheer curiosity. Despite knowing that it is wrong, we keep doing it. These days, battles are fought not just on borders; they are fought within the country too, on many fronts simultaneously. And every countryman has to decide his or her role in that. We too should determine our roles, fully bearing in mind soldiers fighting on the borders under the harshest conditions,” the Prime Minister said.