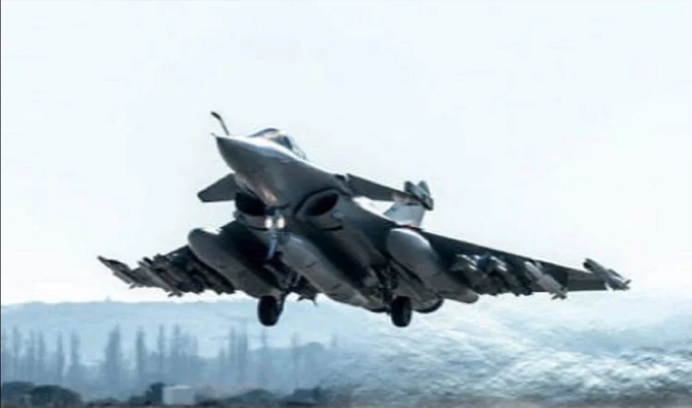 To add more robust firepower to Rafale fighter aircraft of which the first five planes are landing in India in the last week of this month, New Delhi has decided to equip the combat aircraft with HAMMER missiles.

The order for the HAMMER ((Highly Agile Modular Munition Extended Range) missiles with the capability to hit any type of target at the range of around 60-70 kms is being processed under the emergency powers for acquisition given to the armed forces by the government.

“The order for the HAMMER missiles is being processed and the French authorities have agreed to supply them to us at a short notice for our Rafale combat aircraft,” government sources were quoted by a news agency as saying.

In view of continued stand- off between Indian and Chinese soldiers in some friction points on the Line of Actual Control despite several rounds of senior commanders and diplomatic level talks between the two sides, New Delhi requires urgent requirement of powerful missiles like HAMMER for its forces.

The French authorities are considered to have offered the missiles out of its existing stock.

HAMMER is a medium-range air-to-ground weapon designed and manufactured for the French Air Force and Navy initially.

The HAMMERs would give India the capability to take out any bunkers or hardened shelters in any type of terrain including the mountainous locations such as Eastern Ladakh.

It should be noted that the first five Rafale aircraft will be inducted at Air Force Station Ambala on 29 July subject to weather. The final induction ceremony will take place in the second half of August.

IAF aircrew and ground crew have undergone comprehensive training on the aircraft, including its highly advanced weapons systems and are fully operational now.

Post arrival, efforts will focus on operationalisation of the aircraft at the earliest and it will be deployed wherever there is a requirement.