India to fit T-90 tanks with high-tech mine ploughs 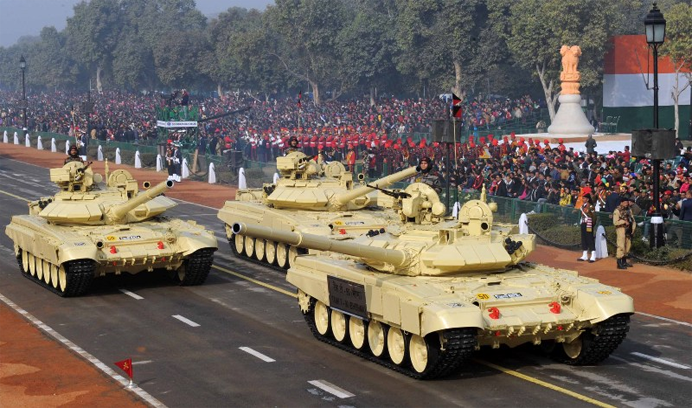 With tension between India and China on the Line of Actual Control in eastern Ladakh continuing, Indian Army in its attempt to enhance its war-fighting capabilities in the Himalayan region has begun modernizing its combat vehicles.

In this regard, the Army has decided to fit a T-90 S/SK main battle tank with mine ploughs which will facilitate individual mobility of tanks while negotiating mine fields.

“Mobility of the tank fleet will enhance manifolds, which in turn would extend the reach of armoured formation deep into enemy territory without becoming mine casualty,” the Ministry of Defence said in a press statement.

As many as 1,512 mine ploughs are being procured by the ministry from Bharat Earth Movers Limited for T-90 S/SK tanks at an approximate cost of Rs 557 crore.

“With the induction of these 1,512 mine ploughs, planned to be completed by 2027, the combat capability of the Army will be further enhanced,” the Ministry of Defence said.

The mine plough brings out buried or concealed mines to the surface and moves them to the side to clear a path for armoured formations.

The Indian Army has more than 3500 tanks of T-90 and T-72 variants and their number has been increasing in recent years. In particular, T-90 S/SK is known for its enhanced firepower, mobility and protection.

Besides, this tank’s armament includes one 125 mm 2A46M smoothbore gun that is stabilized in two axes and fitted with a thermal sleeve. It can fire a missile of 100m range to 4000m range and takes 11.7 second to reach a maximum range.