India must take proactive stance on big issues of the day: Jaishankar 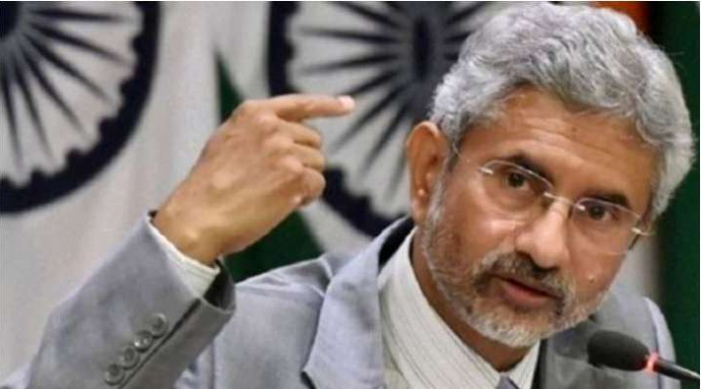 According to the External Affairs Minister, India needs to articulate its interests better and take risks to go ahead

Minister of External Affairs S Jaishankar said non-alignment is an old concept today, but India will never be a part of an alliance system.

“Non-alignment was a term of a particular era and geopolitical landscape. One aspect was independence, which remains a factor of continuity for us,” Jaishankar said at a virtual conference organized by CNBC-TV18.

He, however, said India must take more risks as the world expected it to take a more proactive stance on the big issues of the day, including connectivity, maritime security, terrorism, climate change and terrorism.

When asked about non-alignment and the current geo-politics, the external affairs minister said it was a term of a particular era and particular geopolitical landscape.

Noting that India maintains a strong streak of independence in its foreign policy, he said today people turn to the country as part of solution, as it has been a key player in dealing with all major global issues and challenges like maritime security, climate change and terrorism.

“If we are to grow by leveraging the international situation, then you have to exploit the opportunities out there,” he said.

“Either you are in the game or you are not in the game.... I would say that the era of great caution and a very much greater dependence on multilateralism, that era is to a certain extent behind us.

“We have to step out more, we have to be more confident, we have to articulate our interests better, we need to take risks because without taking risks like in business or in banking, you cannot get ahead. Those are the choices we have to make and I think there is no getting away from it,” the External Affairs said.

Regarding a question on the neighbourhood, he said the relations at times are impacted by the interplay of politics and sharp positioning.

“We need to create those structural linkages between us and our neighbours so that they take care of political cycles and any volatility their politics may produce,” he said.

“Because, very often people say things about us. We are actually like a punching bag and the domestic issues which one of our neighbours is having,” Jaishankar said in an apparent reference to Nepal.

"I would say the sensible thing to do is to make sure that you have strong structural linkages so that the politics of the day plays on, but the realities of the economics and the social interactions and the people to people contacts... that carries on.

"Having said that I would take a lot of care with my neighbours to kind of smoothen the frictions as they come along. Sometimes you anticipate problems, sometimes it is important that you do not get provoked," he said.

Dwelling on India and China’s economic size, the External Affairs Minister said India had moved slowly in comparison to China on the economic front, and that China’s economy was now four-and-half or five times that of India’s despite them being the same size in 1988.

“In comparison with China and South East Asia, we could have done better. We didn’t intensively industrialize and push manufacturing, we opened up much later, a full decade and a half after China, and then didn’t commit to full reforms the way China did,” the External Affairs Minister said.

He said India too grew "fairly significantly" during the period.

However, he defended India’s move to stop entering into any more Free Trade Agreements. The External Affairs Minister said FTAs have not served India well, rather he maintained that New Delhi should look at opportunities beyond FTAs to bolster trade and commerce ties.

“The fact is that FTAs have not served the economy well in terms of building our capacities. I think there are ways of engaging the world which don’t necessarily have to be FTA-centric,” S Jaishankar said.

But then he added that all the FTAs are not the same.

He said post COVID-19, the world is heading towards a more protectionist economy.