Rafale aircraft to land in India by July end 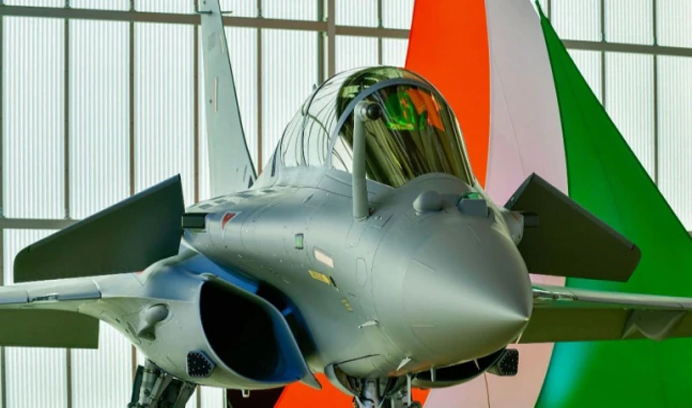 With India getting the first batch of five Rafale fighter jets by month-end, the Indian Air Force is expected to gain a significant edge against China and Pakistan

The aircraft will be inducted at Air Force Station Ambala on 29 July subject to weather. The final induction ceremony will take place in the second half of August.

IAF aircrew and ground crew have undergone comprehensive training on the aircraft, including its highly advanced weapons systems and are fully operational now.

Post arrival, efforts will focus on operationalisation of the aircraft at the earliest and it will be deployed wherever there is a requirement.

There is a likelihood of the issue figuring in detail during the Air Force Commanders’ Conference to be held from July 22 to 24 in New Delhi.

The theme of the conference is “IAF in the Next Decade”.

Defence Minister Rajnath Singh is likely to grace the occasion by inaugurating the AFCC on July 22. The Defence Secretary and Secretary Defence Production are also expected to be present during the inauguration.

The AFCC will be chaired by the Chief of the Air Staff (CAS), Air Chief Marshal RKS Bhadauria. During the three day conference the discussions would take stock of the current operational scenario & deployments. The plan of action for operational capability enhancement of the IAF in the next decade will also be discussed.