India and US hold ‘Passex’ naval exercise off Andaman and Nicobar 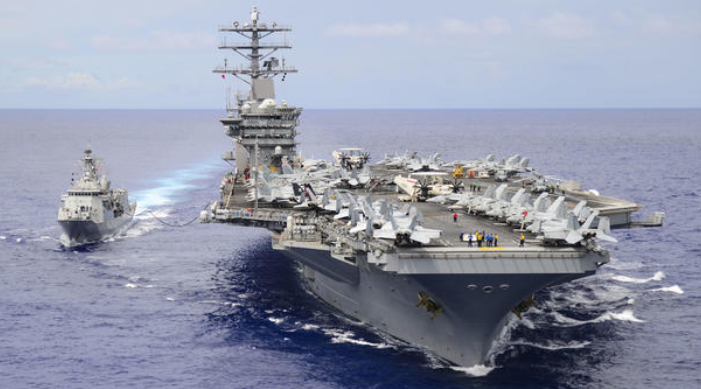 Signalling to China in clear terms that New Delhi will not lower its guard either on the land or water or air against it, Indian and US naval ships have begun ‘Passex’ drill off the coast of Andaman and Nicobar Island.

Significantly, the naval forces of the two countries, which have already built interoperability between them by conducting a series of exercises, are undertaking drill in the Indian Ocean just a month after Indian and Japanese naval forces conducted exercise.

The USS Nimitz which is capable of carrying 80-90 fighters on board along with other American warships, has just completed an operational deployment in the South China Sea in a show of support for US allies and partners against aggressive China, which claims this water body of the Pacific Ocean as part of its sovereign territory.

Strategic experts view the on-going India-US naval exercise as a significant development given that China has an increased presence in the Indian Ocean with its only overseas military base in Djibouti in the horn of Africa, positioned strategically at the mouth of crucial sea lanes connecting the Suez Canal and the Gulf of Aden.

The development comes amidst India-China standoff on the Line of Actual Control in eastern Ladakh.

India had accused China of the incident, saying, “Chinese side took a premeditated and planned action that was directly responsible for violence and casualties.”