To tackle Chinese Army better, knowing Mandarin to be a must for ITBP troops 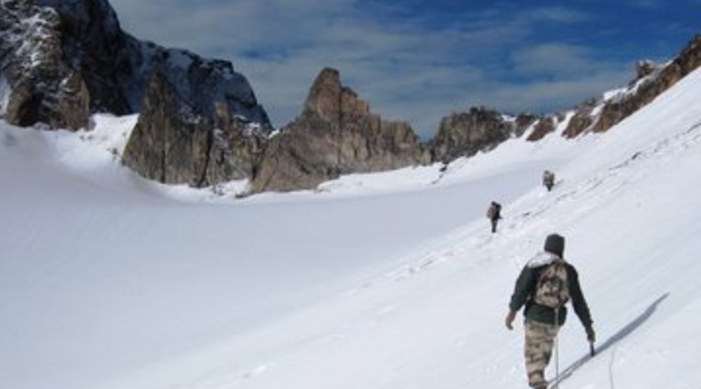 File photo of ITBP personnel near the border with China. (Source: Twitter @ITBP_official)

The ongoing standoff between India and China along the Line of Actual Control has prompted the government to make proficiency in Mandarain a must for troops of the Indo-Tibetan Border Police (ITBP).

A direction to this effect has been issued by the Ministry of Home Affairs (MHA) to the ITBP, the force that guards India’s borders with China, a report in The Tribune has said.

The decision to make Indian troops proficient in Mandarin, the language spoken by the majority of people in China, was taken in view of the ongoing skirmish with the Chinese forces on the borders and also to counter their clever tactics time and again, said the report.

With the deployment of ITBP personnel along the Line of Actual Control (LAC) going up manifold due to the ongoing tensions, ITBP had been asked to improve its personnel’s language skills “to better manoeuver the moves made by the forces on the other side of the border,” the report quoted an officer as saying.

The ITBP’s training academy in Mussoorie, Uttarakhand, which already has a preliminary course in the language, has been asked to work on an advanced course on Mandarin. The aim is to ensure that all personnel, including officers, deployed at the LAC become proficient in speaking and writing Mandarin, the official said, according to The Tribune.

The report said that personnel of the Indian Army would also be able to participate in the Mandarin training, through audio as well as video sessions, at the ITBP facility.

Read the complete report by The Tribune