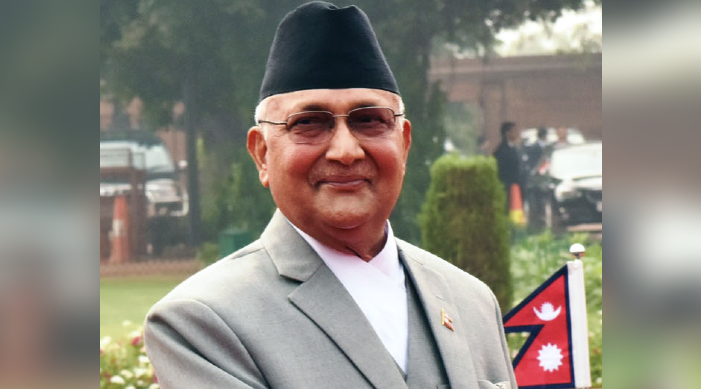 People close to Madhav Kumar Nepal and Prachanda maintain that Oli’s continuance at the helm of the country has damaged relations with India, which is source to nearly 80 percent of the Himalayan country’s development

With fate of K P Sharma Oli yet to be decided, the Himalayan country is once again staring at unpredictable political situation as the Nepal Communist Party (NCP) faction headed by Pushpa Kamal Dahal and Madhav Kumar Nepal has not been able to iron out differences with the incumbent Prime Minister of the country.

The ruling NCP was expected to hold its standing committee meeting on Friday, but it had to be postponed at the last minute till Sunday in order to give Oli and Prachanda-both co-chairs of the party, an opportunity to end the stalemate on the one man one post issue.

However, given the prevailing situation in the country when Covid-19 pandemic and unabated rain have affected a huge swathe of Nepalese territory, while vulnerable sections of society, including farmers are facing tough time to survive, the ruling party doesn’t want to prolong the fight between the two powerful camps of the leaders.

But a majority of NCP members are highly disappointed because of repeated postponement of the Standing Committee meeting. They feel postponement has hurt the dignity of the party’s top body and demoralized thousands of party cadres and supporters who are without roles and assignments.

On the other hand, people close to Madhav Kumar Nepal and Prachanda maintain that Oli’s continuance at the helm of the country has damaged relations with India, which is source to nearly 80 percent of the Himalayan country’s development.

India is not only Nepal’s largest trade partner and the largest source of foreign investments, it also serves as a transit corridor for the Himalayan country’s entire third country trade.

Besides, India accounts for over two-third of Nepal’s merchandise trade, about one-third of trade in services, one-third of foreign direct investments, almost 100 percent of petroleum supplies, and a significant share of inward remittances on account of pensioners, professionals and workers working in India.

Then both countries share historical, civilizational, cultural and ethnic linkages. It is in this background, Prime Minister Oli’s anti-India tirade in which he said origins of the coronavirus pandemic were India and that Lord Ram was born in Nepal-has not found favours with a significant rank and file of the NCP. They want Oli to be out of the Prime Ministerial chair.

But a section of the party leadership is not in support of forcing Oli from his Prime Ministerial post as he is seen as the best bet for the party when it comes to creating a nationalistic sentiment and pumping up enthusiasm among workers. All this will be, however, come for a review when the party’s Standing Committee meets tomorrow.