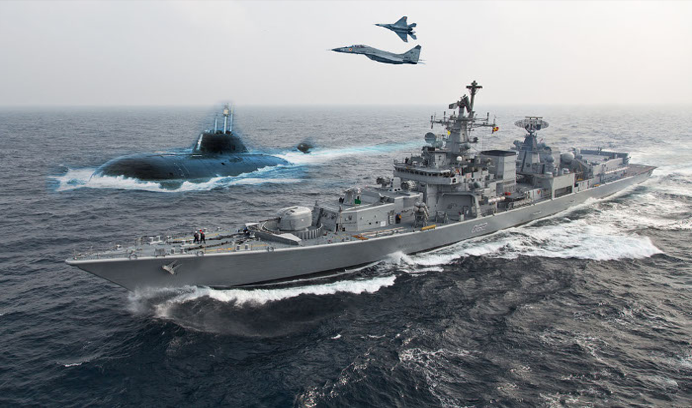 With India and Australia having upgraded their ties to a Comprehensive Strategic Partnership in June, the Ministry of Defence on Friday discussed Australia’s participation in Malabar, the trilateral naval exercise with the United States and Japan.

A final decision on the exercise, which has been delayed this year due to the Covid-19 pandemic and is now expected to be held by the end of the year, is however yet to be taken.

A report in The Hindu quoted a defence source as saying that the matter had been discussed and an understanding reached. A final decision has not been taken yet amid a growing consensus that Australia should be a part of the naval exercise, it said.

The decision had been delayed due to the ongoing stand-off with China along the Line of Actual Control (LAC), the report noted.

Australia is a member of the Quad grouping, along with India, the US, and Japan and if a decision was taken to include it in the Malabar naval exercise, it would mark a major shift in India’s Asia-Pacific plans, The Hindu said.

According to the report, India is open to Australia being included in Malabar. What began as a bilateral naval exercise between India and the US in 1992 was expanded into a trilateral event in 2015 by including Japan.

In 2017, Australia had requested for observer status in the exercise and despite India’s initial reluctance to accept the request, the past few years had seen a strengthening of bilateral relations, according to The Hindu.