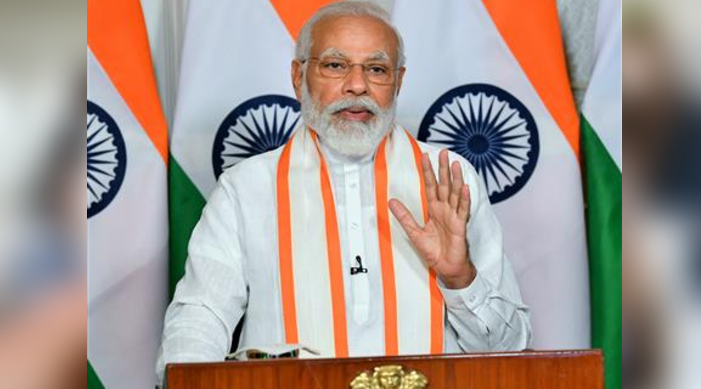 Delivering a keynote address at the high-level segment of the United Nations Economic and Social Council, Prime Minister Narendra Modi on Friday called for a reformed multilateralism with a reformed United Nations at its centre.

“While celebrating 75 years of the United Nations, let us pledge to reform the global multilateral system to enhance its relevance, to improve its effectiveness and to make it the basis of a new type of human-centric globalization,” the Prime Minister said in his address at the UN Economic and Social Council session via a video conference.

He said the United Nations was originally born from the furies of the Second World War. “Today, the fury of the pandemic provides the context for its rebirth and reform. Let us not lose this chance,” the Prime Minister said.

He said India was among the 50 founding members of the United Nations immediately after the Second World War. A lot has changed since then. Today the UN brings together 193 member countries. Along with its membership, the expectations from the organisation have also grown. At the same time multilateralism is facing many challenges today.

Talking about the UN’s development work and the ECOSOC, he said the first president of ECOSOC was an Indian. “India also contributed to shaping the ECOSOC agenda, including the Sustainable Development Goals. Today, through our domestic efforts, we are again playing a salient role in achieving Agenda 2030 and the Sustainable Development Goals,” he said while adding that India is also supporting other developing countries in meeting their SDGs.

He said his government’s motto: 'Sabka Saath, Sabka Vikaas, Sabka Vishwas'-('Together, for everyone's growth, with everyone's trust'), resonates with the core SDG principle of leaving no one behind. “Be it access to nutrition, health education, electricity or housing - we are making great progress through our inclusive programmes,” the Prime Minister said.

In five years, he said the government built over 110 million household toilets, which improved rural sanitation cover from 38 percent to 100 percent. He said India has achieved gender parity in elementary and secondary education.

“Nearly 70 million women in rural India are part of self-help groups under our Livelihood Mission. They are transforming lives and livelihoods on a big scale. Over a million women are elected representatives of our local governments, leading the process of participatory development. In the last six years, we opened 400 million bank accounts for the unbanked, out of which 220 million are owned by women,” the Prime Minister said.

“We have leveraged the power of technology for financial inclusion. This is based on the trinity of a unique identity number, a bank account, and a mobile connection for everyone. It has allowed us to make Direct Benefit Transfers of 150 billion dollars to over 700 million persons.Our food security programmes reach 813 million citizens,” he added.

India’s ‘Housing for All’ programme, he said, will ensure that every Indian will have a safe and secure roof over her head by 2022, when India completes 75 years as an independent nation. By then, 40 million new homes would have been made under this programme - more than the total number of households in many countries.

“Today, our ‘Ayushmaan Bharat’ scheme is the world's largest health protection programme, covering 500 million individuals. In the fight against COVID, our grass-roots health system is helping India ensure one of the best recovery rates in the world. We are also on track to remove TB by 2025. Other developing countries can learn from the scale and success of India's development programmes,” Prime Minister Modi said.

“From the technologies and innovations we have deployed. It is this realisation that under-pins India's own development partnership with the global South,” the Prime Minister added.

Regarding the COVID-19 pandemic, he said it has severely tested the resilience of all nations.

“In India, we have tried to make the fight against the pandemic a people's movement, by combining the efforts of Government and society. We have given the highest priority to deliver benefits to poor households. We have announced a package of more than $300 billion. It will bring the economy back on track, build modern infrastructure and put in place a technology-driven system,” the Prime Minister said, adding “We have put forward a vision of 'Atmanirbhar Bharat' a self-reliant and Resilient India, integrated with the global economy.”