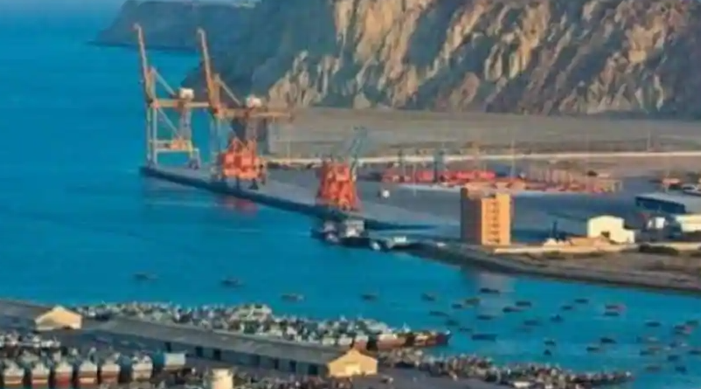 IRCON has completed the feasibility study of the Chabahar rail project; India is waiting for the Iranian response on technical and financial issues connected with the project

New Delhi has trashed media reports that said Tehran has dropped India from a rail project to link Chabahar Port to Zahedan, the provincial capital of Iran’s Sistan province which borders Afghanistan.

“We have seen speculative reports about Chabahar Port and Chabahar-Zahedan rail project. With regard to the port, we all are aware that there was a long term commitment from 2003…which was finally operationalized in 2016 during the Prime Minister’s visit to Iran. Since then, despite difficulty posed by sanctions situation, there has been significant progress in the port project,” Ministry of External Affairs spokesperson Anurag Srivastava said during a weekly press briefing on Thursday.

He also maintained that Indian company has been operating since 2018 the port project which steadily witnessed rise in traffic. Since December 2018, 82 vessels have been handled there, including 52 in the last 12 months. Altogether, the port has handled 12 lakh tonnes of bulk cargo and 8200 containers.

The MEA spokesperson said, “Productive measures are currently underway to increase uses of the Chabahar Port.”

In the context of Chabahar-Zahedan railway project, the MEA spokesperson said, “IRCON, a public sector undertaking was appointed by the government of India to assess the feasibility of the project. It was working with CDTIC, an Iranian company under their Ministry of Railways in that regard.”

IRCON has completed the site inspection and review of the feasibility report.

“Detailed discussions were held thereafter, on other aspects of the project, which had to take into account the financial challenges that Iran was facing. In December 2019, these issues were reviewed in detail at the 19th India-Iran Joint Commission meet in Tehran,” Anurag Srivastava said.

He added, “The Iranian side was to nominate and authorize entity to finalize outstanding technical and financial issues and this is still awaited.”

On reports regarding Farzad-B gas field, the MEA spokesperson said though ONGC was involved in the discovery stage, follow-up bilateral cooperation was, however, impacted by policy changes on the Iranian side.

“In January 2020, we were informed that in the immediate future, Iran would develop the field on its own and would like to involve India appropriately at a later stage,” Anurag Srivastava said.