India expresses concern over shelling between Armenia and Azerbaijan 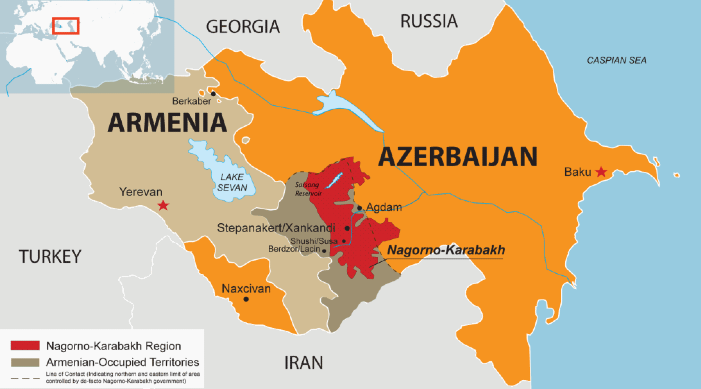 Tension mounted between Armenia and Azerbaijan last week after the two clashed over territorial claims in the Nagorno-Karabakh region, resulting in the death of at least four Azerbaijani soldiers

India has expressed its concern over exchange of fire between Armenia and Azerbaijan, the two Central Asian countries which have accused each other of shelling military positions and villages.

Urging both sides to maintain “restraint and take all possible steps to maintain peace and the border”, Ministry of External Affairs spokesperson Anurag Srivastava said, “We have seen disturbing reports of exchange of fire on Armenia-Azerbaijan border which took place on 12-13 July. India is concerned over this situation which threatens regional peace and security.”

He further said that India believes that any lasting resolution of the conflict can only be achieved peacefully through diplomatic negotiations.

In this regard, “we support OSCE Minsk Group’s continued efforts for a peaceful resolution of the conflict between Armenia and Azerbaijan,” Anurag Srivastava said. Earlier the United States, the European Union and Russia called for immediate de-escalation of the situation in the border areas of the two countries.

International concern is heightened because of the threat to stability in the region which serves as a corridor for gas and oil pipelines from the Caspian Sea to global markets.