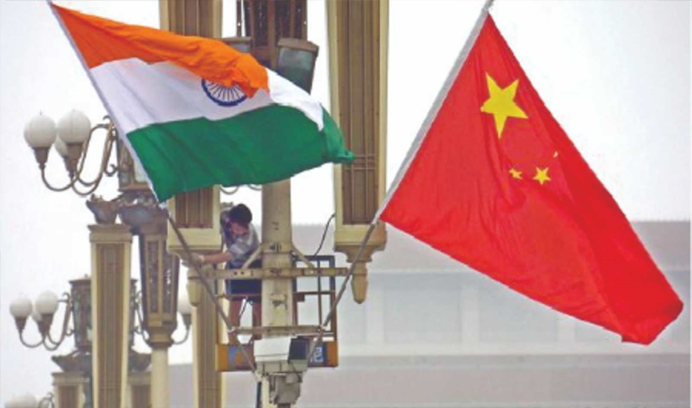 India and China remain committed to the objective of “complete disengagement” and they are taking it forward through regular meetings at the diplomatic and military level, the Indian Army said in a statement on Thursday.

“This process is intricate and requires constant verification,” said the statement which came two days after senior military commanders of the two countries met at Chushul, on the Indian side of the border.

The talks are aimed at reducing tension along the Line of Actual Control (LAC) after a violent face-off between Indian and Chinese troops on the night of June 15.

“The engagement was consistent with the consensus reached between the Special Representatives of India and China earlier, on 05 July, to discuss complete disengagement,” Army spokesperson Colonel Aman Anand said in the statement.

According to the Indian Army spokesperson, “the Senior Commanders reviewed the progress on implementation of the first phase of disengagement and discussed further steps to ensure complete disengagement”.

This was the fourth round of talks between the Indian delegation led by Lieutenant General Harinder Singh, commander of the Leh-based 14 Corps, and the Chinese side headed by Major General Liu Lin, commander of the South Xinjiang military region. Meetings had earlier been held on June 6, June 22 and June 30.

The China Study Group (CSG) headed by National Security Advisor Ajit Doval met on Wednesday evening after the commander level talks to take stock of the emerging situation along the LAC. The group is the apex policy advisor to the government on matters pertaining to China.

The Indian side has been seeking restoration of status quo ante and a complete withdrawal by the Chinese to the positions they were occupying in April. It also wants China to reduce the troops and equipment it has amassed along the LAC.

After the June 30 commander-level talks, the two sides had agreed to move back troops from the flash points by upto two kilometres to avoid confrontation and create a buffer zone along the border.

Defence Minister Rajnath Singh is scheduled to visit forward areas in Ladakh on Friday to take stock of the situation along the border with China.

Prime Minister Narendra Modi had made an unannounced visit to Leh on , amid the standoff in eastern Ladakh. He had addressed troops and visited injured soldiers at the Leh General Hospital.