Number of flights from UAE to India goes up, so do ticket sales 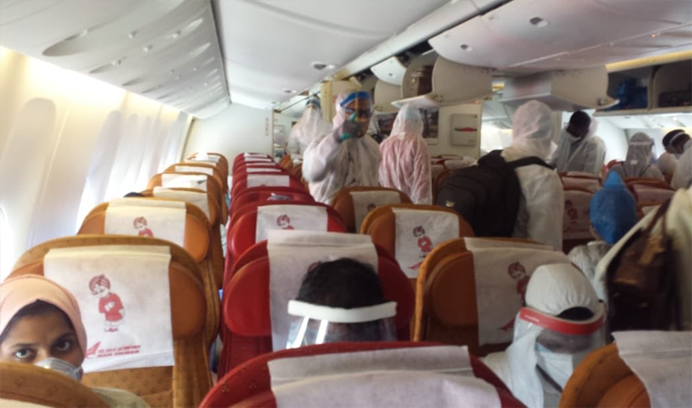 The number of people visiting the ticket booking offices in Abu Dhabi has gone up significantly with more special flights being operated in the Vande Bharat Mission’s fourth phase, Khaleej Times has reported.

The news publication pointed out that 51 flights had been announced from Abu Dhabi in July, a much higher number than in June.

The Abu Dhabi office of Air India Express, which has been operating a large number of flights under the repatriation exercise, has been seeing a heavy rush of potential passengers.

According to the news report, the number of tokens issued to people has gone up from 350 per day to 450; this has happened within a week of the office temporarily moving its operations to the India Social and Cultural Centre (ISC).

There were more flights than last month, so nobody would return disappointed, the report quoted a representative from the general sales agent for Air India Express as saying. People have been advised to come either with their original passports or a printed copy to buy a ticket.

The representative said their six ticket counters opened from 9 am in the morning till the last passenger had been issued a ticket; none of the staff deployed at the counters had taken a day off for over a month. “But with so many stranded people, we have to act responsibly,” he told Khaleej Times.