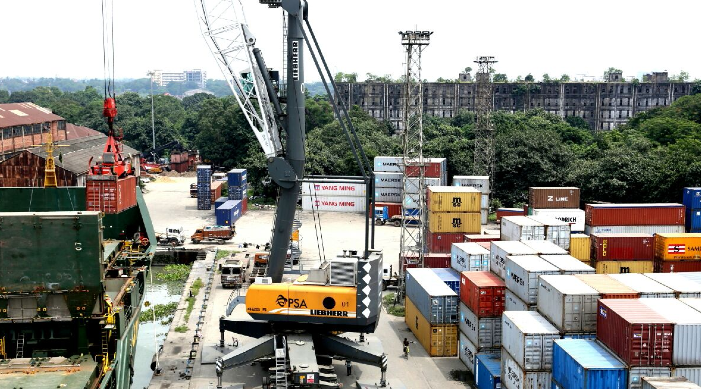 If the trial is successful, India can use ports in Bangladesh to transport goods to the northeastern states

With all procedural hurdles being cleared, a trial run of trans-shipment between India and Bangladesh is beginning from Tuesday, the Dhaka Tribune has reported.

Restrictions imposed due to the Covid-19 pandemic had delayed the trial run that was originally scheduled to begin in January, the report said.

If the trial is successful, India will be able to use the Chittagong and Mongla ports in Bangladesh to transport goods between the northeastern states and other parts of the country.

According to the Dhaka Tribune report, once the goods reach the ports, they will be their destinations using roads through Bangladesh.

The trial run begins 10 years after the possibility of trans-shipment between the two countries was discussed during Prime Minister Sheikh Hasina's visit to India, said the report.

It quoted the Ministry of Shipping as saying that an Indian cargo ship that would sail from Kolkata was expected to reach Chittagong port on Thursday. From here, the goods will be transported to Tripura by road.

The initial plan was to conduct two such trials but only one was now being carried out due to the coronavirus situation, Bangladesh Shipping Secretary Uddin Chowdhury was quoted as saying.

The shipping secretary said fees, charges and other related matters would be finalized after evaluating the trial run. The trial would also help in identifying and resolving problems, the report quoted him as saying.

No customs duties will be applicable in transit under the terms of the General Agreement on Tariff and Trade (GATT) but Bangladesh can impose fees and charges for using its ports and roads, said the Dhaka Tribune.