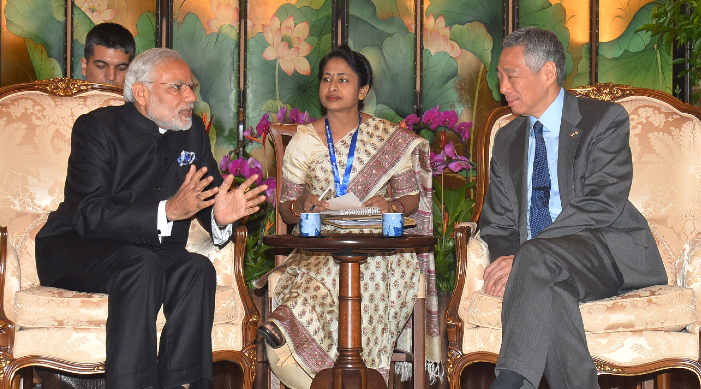 Led by Prime Minister Loong, the People’s Action Party won 83 out of 93 seats in parliament thereby, securing a clear mandate in the election

On Saturday, Prime Minister Modi tweeted, “Congratulations to Prime Minister Lee Hsien Loong for success in the General Elections. Best wishes to the people of Singapore for a peaceful and prosperous future.”

Led by Prime Minister Loong, the People’s Action Party won 83 out of 93 seats in parliament, securing a clear mandate in the election.

India and Singapore enjoy robust diplomatic relations for the past 55 years. Besides being the major investor in India, Singapore is also the largest trading partner of New Delhi within the ASEAN group.

More than 80 percent of listed offshore bonds by Indian issuers are listed on Singapore Stock Exchange (SGX). Singapore-based investors have Assets Under Management (AUM) valued at over US$ 100 billion in India. Temasek Holding, a Singapore Government Fund, has invested US $ 400 million in the National Infrastructure Investment Fund of India in 2018, following the announcement during Prime Minister Narendra Modi’s 2018 visit.