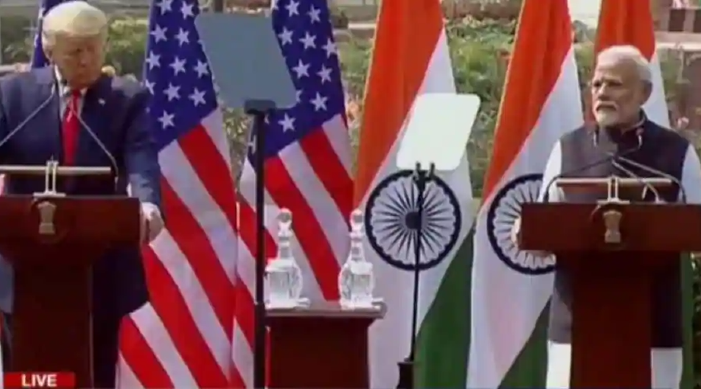 Clear beneficiary of the June border clash between India and China is the US, which is going to emerge as a key ally of New Delhi

The June 15 violent face-off between Indian and Chinese soldiers which left 20 Indian troops dead in the Galwan Valley, has plunged ties between New Delhi and Beijing to their lowest point in decades, maintains The Japan Times in a story sourced from news agencies.

It says one clear beneficiary of this border clash is the US, which is going to emerge as a key ally of India.

“India could finally end equivocation about openly aligning itself with the long-eager US, although there will still be disagreements — which, paradoxically, are now mostly due to Washington,” the Japanese daily says quoting experts.

According to Jeff M. Smith, a research fellow at Heritage Foundation who has written a book on the India-China rivalry, said the US is known to share border-related intelligence to India, which is now likely to pick up the pace on defense acquisitions.

However Smith said that India has asked the United States to be publicly circumspect — in part to show the domestic audience that New Delhi does not need help.

Michael Kugelman, a South Asia expert at the Woodrow Wilson International Center for Scholars has cautioned Americans that neither India nor China wanted a complete rupture and that both still saw some common interests, especially in international organizations.

“But make no mistake: This current India-China crisis is a watershed for the geopolitics of Asia, and the US-India relationship will be one of the main beneficiaries,” he said.

He said earlier India used to be circumspect in its move to align closely with the US, fearing it would antagonize China. But now this fear has melted away.

Since the 1990s, the US has been seeking warmer ties with India.

But this has virtually transformed Under President Donald Trump and Indian Prime Minister Narendra Modi.

Read this article in details in The Japan Times: