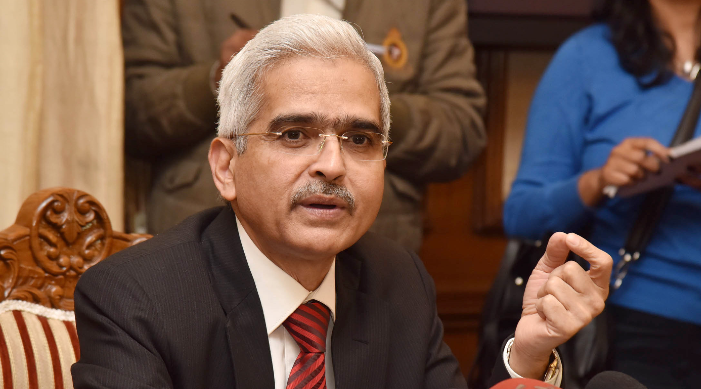 Covid-19 is the worst health and economic crisis in the last 100 years with unprecedented negative consequences for output, jobs and wellbeing

The Covid-19 pandemic represents the biggest test of the robustness and resilience of India’s economic and financial system, RBI Governor Shaktikanta Das while speaking at the 7th SBI Banking and Economic Conclave on Saturday.

He said the RBI has taken a number of important historic measures to protect the country’s financial system and support the real economy in the current crisis.

“While the eventual success of our policy responses will be known only after some time, they appear to have worked so far. While reiterating our intent and dedication to steer the economy through the crisis, I would like to highlight certain key aspects of our policy measures,” the RBI Governor said.

Highlighting these measures adopted by the central bank in the recent past, he said monetary policy was already in an accommodative mode before the outbreak of covid-19 pandemic. In this context, he talked about 135 basis points cut in repo rate between February 2019.

“Reversing the slowdown in growth momentum was the key rationale for this distinct shift in the stance of monetary policy, even as unseasonal rains caused temporary spikes in food inflation in the second half of 2019-20. Consistent with this policy stance, liquidity conditions were also kept in ample surplus all through since June 2019. The lagged impact of these measures was about to propel a cyclical turnaround in economic activity when COVID-19 brought with it calamitous misery, endangering both life and livelihood of people,” Shaktikanta Das said.

He said the fast-changing macroeconomic environment and the deteriorating outlook for growth necessitated off-cycle meetings of the Monetary Policy Committee (MPC) – first in March and then again in May 2020. The MPC decided to cumulatively cut the policy repo rate by 115 basis points over these two meetings, resulting in a total policy rate reduction of 250 basis points since February 2019.

The RBI Governor added the conventional and unconventional monetary policy and liquidity measures by the central bank aimed at restoring market confidence, alleviating liquidity stress, easing financial conditions, unfreezing credit markets and augmenting the flow of financial resources to those in need for productive purposes.

“The broader objective was to mitigate risks to the growth outlook while preserving financial stability. The liquidity measures announced by the RBI since February 2020 aggregate to about ₹9.57 lakh crore (equivalent to about 4.7 per cent of 2019-20 nominal GDP),” he said.

“Heading into the pandemic, the financial system of the country was in a much improved position, owing mainly to various regulatory and supervisory initiatives of the Reserve Bank. We had put in place a framework for resolution of stressed assets in addition to implementing multiple measures to strengthen credit discipline and to reduce credit concentration,” the RBI Governor added.

He informed the people that for five years between 2015-16 and 2019-20, the government had infused a total of ₹3.08 lakh crore in public sector banks (PSBs). As a result of the efforts by both the Reserve Bank and the government, the overhang of stressed assets in the banking system had declined and capital position had improved.

As per available numbers (some of which are provisional) at this point of time, he said, the overall capital adequacy ratio for scheduled commercial banks (SCBs) stood at 14.8 per cent as in March 2020, compared to 14.3 per cent in March 2019.