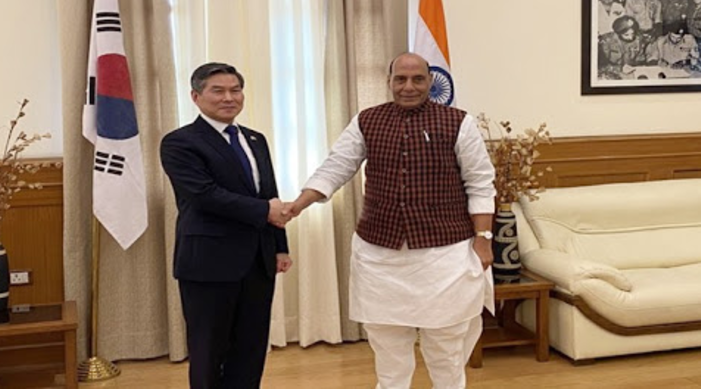 Defence Minister Rajnath Singh on Friday held telephonic talks with his South Korean counterpart Jeong Kyeong-Doo and discussed areas of mutual cooperation in the global fight against the Covid-19 pandemic.

The two ministers agreed to work together to deal with the complex challenges posed by this pandemic.

According to the Ministry of Defence, during the talks, the two sides reviewed the progress in various bilateral defence cooperation initiatives and expressed commitment to further promote defence cooperation engagements between the armed forces of the two countries.

It was also agreed to take forward the agreements in the field of defence industry and defence technology cooperation between the two countries.

Views on the regional developments of shared security interests were also shared during the telephonic talks, said the Ministry of Defence in its press note.