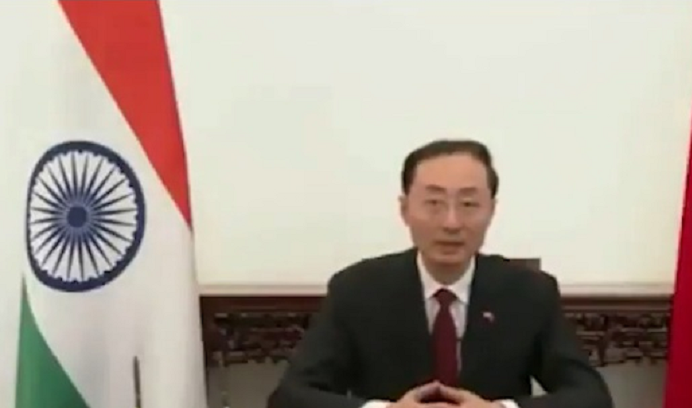 Chinese Ambassador to India Sun Weidong talking about peaceful relations and the positives of the India-China partnership was “perhaps the most conciliatory in over two months of historic low” in relations between the two countries, an article in India Today has said.

But the message, which came even as the first steps of disengagement began in eastern Ladakh, was also an opportunity to look at the “unprovoked Chinese mobilisation” in the area, the article pointed out.

It was this mobilisation that led to the ongoing standoff and the most hostile postures by the two countries in nearly 50 years, it says.

According to the article, the Chinese Ambassador said that China and India should be partners, rather than rivals, but did not explain the unprovoked deployment of the People’s Liberation Army’s 6th Mechanised Infantry Division under the Xinjiang Military District (XMD).

While also listing the other large formations that have been deployed by China, the India Today article points out that many in the military see the recent events as part of the PLA’s doctrine that “mandates training in real-life combat situations situated in a multi-front engagement”.

The article argues that the ground situation is the direct result of Chinese actions since late April and that it will take much more than words to return to the status quo ante.