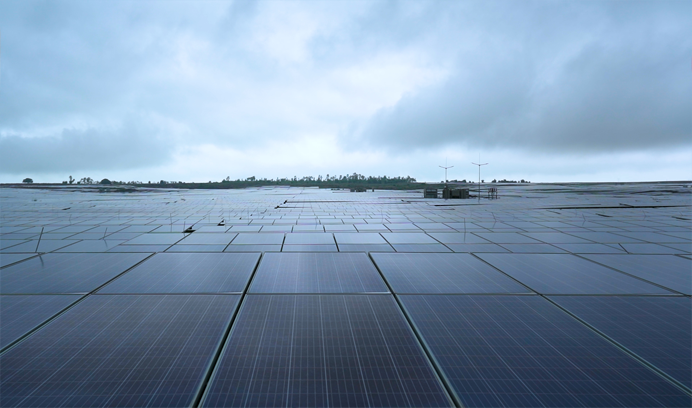 A view of the solar power plant in Rewa, Madhya Pradesh. (Source: Twitter)

India has taken a big stride towards boosting the generation of clean energy with the opening of a 750 MW mega solar power plant in Rewa, Madhya Pradesh. The plant is the largest of its kind in Asia.

The plant will help not only the state but the entire world as a secure foundation for a clean environment, Prime Minister Narendra Modi said while dedicating it to the nation through video conferencing.

Solar energy was going to be a major medium of energy needs not only today but in the 21st century, “because solar energy is sure, pure and secure,” the Prime Minister said.

He pointed out that India was now among the top five countries when it came to solar power generation. It was also among the most attractive market of clean energy, he added.

The Prime Minister said the idea of “One-World, One-Sun & One-Grid” would fulfil the needs of mankind everywhere.

Here is all you need to know about the Rewa mega solar power plant:

The solar power plant has three solar generating units of 250 MW each.

24% of the power generated by the mega solar project will be supplied to the Delhi Metro. The rest will be utilised by the electricity distribution companies in Madhya Pradesh.

The plant has come up on 500 hectares of land located inside a 1500-hectare solar park.

With work underway on similar projects in Shajapur, Neemuch, and Chattarpur, Madhya Pradesh will soon become the centre of solar power in India, PM Modi said.

According to the government, commissioning of the solar power plant will reduce carbon emissions equivalent to about 1.5 million tonnes of carbon dioxide annually.

India has set a target of 175 GW of installed renewable energy capacity by 2022, with a solar installed capacity of 100 GW.