India’s trade with China was one- sided affair from beginning 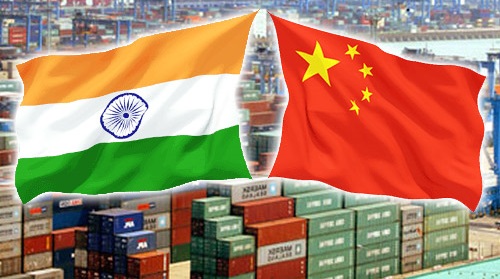 By any yardstick, the 1954 agreement was one-sided. Today, any negotiator who agreed to this would be hauled over coal. Nor, since GATT was already been established in 1948, could one claim that India lacked in relative negotiating capacity

Writing in the Indian Express, Bibek Debroy, who is the chairman of Economic Advisory Council to the Prime Minister, maintains that India’s trade agreement with China was a one-sided affair from the beginning.

According to him, India entered into a trade agreement with the People's Republic of China in October 1954, which was apparently based on “equality and mutual benefit.” But this trade agreement over-rode many historical rights India possessed in Tibet.

But when “Article XVIII of GATT was amended in 1954 to introduce Article XVIIIB, justifying quantitative restrictions (QRs) on imports on the balance of payments grounds, one of the eight items India imposed QRs on was fountain pens,” Bibek Debroy writes in his article.

But India’s fountain pen and ink base was much older, yet it was a bit strange that in 1954, it was pre-decided that China would have a comparative advantage in exporting fountain pens and ink and India would not.

He says if an item figures in one country’s list and not on the other’s, that suggests an odd kind of preference. What’s dumped into a “miscellaneous” basket is relatively insignificant. “If you scrutinise the schedules, you will find non-manufacturing items in China’s miscellaneous list, but many manufactured items in India’s miscellaneous list (light engineering, plastic, cement, agricultural implements, paper).

“By any yardstick, the 1954 agreement was one-sided. Today, any negotiator who agreed to this would be hauled over coal. Nor, since GATT was already established in 1948, could one claim that India lacked in relative negotiating capacity,” Debroy maintains.

Read the article in detail in The Indian Express: