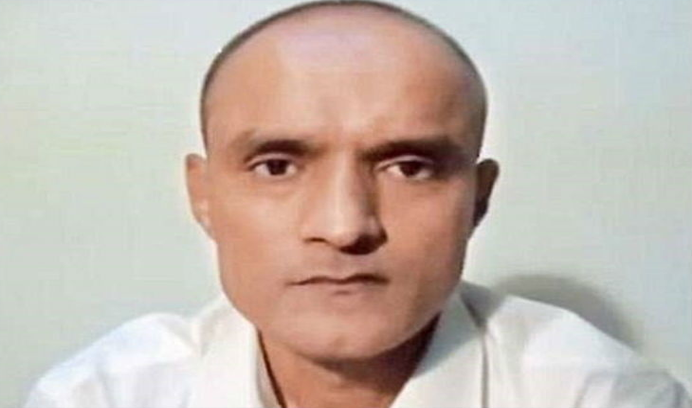 Indian response came after Pakistan claimed that Jadhav arrested on charges of spying and terrorism in 2016, refused to file an appeal against his conviction

India on Wednesday said former Indian naval officer Kulbhushan Jadhav who has been sentenced to death by a Pakistani military court has been “coerced to refuse to file a review” petition against his conviction in April 2017.

Ministry of External Affairs spokesperson Anurag Srivastava in response to a media query said Pakistan’s claim on Jadhav’s review petition is “a continuation of the farce that has been in play for the last four years”.

He also said that the media statement made by Pakistan in the case of Jadhav, “seeks to mask its continuing reticence to implement ICJ judgment in letter and spirit.”

On May 20, 2020, Pakistan passed an Ordinance to allow the country’s High Court to review the sentence awarded to Jadhav by the military court.

Pakistan has on 20 May 2020 passed an Ordinance to allow for the High Court to review the sentence awarded by their military court.

“They have all along maintained that their laws allowed for effective review and reconsideration while we have protested it all along. Now, after almost a year, they have made a U-turn and issued an Ordinance to ostensibly provide for some sort of review,” the MEA spokesperson said, adding, “We have already expressed our serious concerns at the content of the Ordinance and how it violates the ICJ judgment. Pakistan is only seeking to create an illusion of remedy.”

The MEA spokesperson said India has repeatedly asked to allow a lawyer from outside Pakistan to appear for the ex-Indian naval officer in any review and reconsideration proceedings. But Pakistan has denied it.

“Since 2017, when Military Court carried out a farcical trial, Pakistan has refused to hand over any relevant document, including FIR, evidence, court order in the case to India. Clearly, Pakistan is attempting to create a mirage of compliance with the ICJ judgment,” Anurag Srivastava said.

ICJ has already held that Pakistan is in egregious violation of international law.

“India will do its utmost to protect Jadhav and ensure his safe return to India. To that end, it would consider all appropriate options,” the MEA spokesperson said.