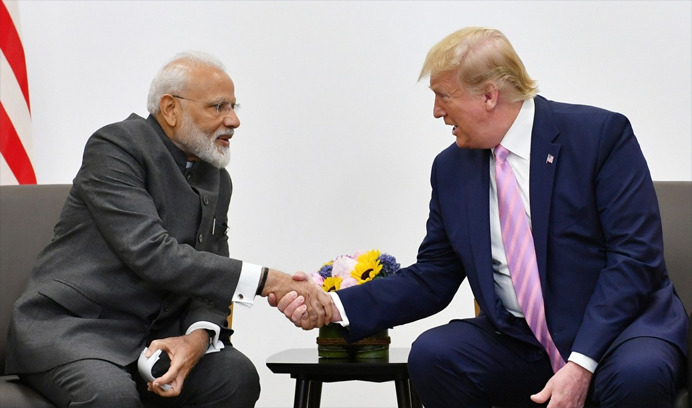 Personal chemistry between PM Modi and the US President has its impact on the two countries’ relations on every sphere, including geo-strategic.

The US commemorates the declaration of independence from Great Britain in 1776 on July4-which has been otherwise a federal holiday in the US since 1941. But the tradition of Independence Day celebrations goes back to the 18th century and the American revolution.

In his tweet on Saturday, Prime Minister Modi said, “I congratulate @POTUS @real DonaldTrump and the people of the USA on the 244th Independence Day of the USA. As the world’s largest democracies, we cherish freedom and human enterprise that this day celebrates.”

In response, US President Trump tweeted, “Thank you my friend. America loves India.”

The twitter exchange between the two leaders of the world’s largest and oldest democracies is welcomed by people from India and the US, indicating growing mutual understanding and trust between the two countries.

“The world is witnessing the unbelievable bond and love between President Trump and Prime Minister Modi - America and India, the two largest democracies of the world,” Indian news agency quoted Al Mason, co-chair of the Trump Victory Indian-American Finance Committee as saying.

During the ongoing tension between India and China, the US has come out in support of India, accusing Beijing of “aggression” on the Line of Actual Control.

White House press secretary, Kayleigh McEnany, quoting President Donald Trump, said, “China’s aggressive stance along the India-China border fits with a larger pattern of Chinese aggression in the other parts of the world and these actions only confirm the true nature of the Chinese Communist Party.”

Earlier US Secretary of State Mike Pompeo had welcomed India’s decision to ban 59 Chinese apps, stating these apps served “as appendages of the CCP’s surveillance state.”