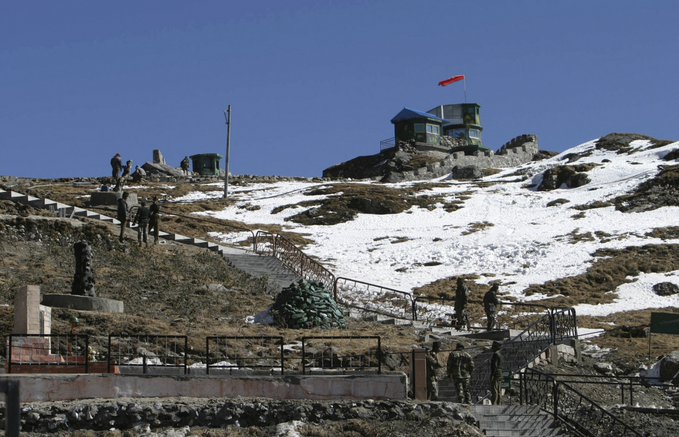 Major global powers have come in support of India as it is facing military challenges from China on the Line of Actual Control.

With Japan coming out in the open to support India, which is locked-in a bitter stand-off with China on the Line of Actual Control since early May, the number of international powers backing New Delhi in its opposition to Beijing’s attempt to forcibly occupy Indian territory is growing.

Japan opposes China’s unilateral attempt on LAC
On Friday, Japan’s ambassador to India, Satoshi Suzuki in his tweet expressed his country’s opposition to China’s “unilateral attempts to change the status quo” on the LAC.

The Japanese ambassador expressed his satisfaction with the briefing made by Foreign Secretary Harsh Vardhan Shringla on the situation along the LAC.

In his tweet, he said, “Had a good talk with FS Shringla. Appreciated his briefing on the situation along LAC, including GOI’s policy to pursue peaceful resolution. Japan also hopes for peaceful resolution of (border dispute) through dialogues.”

Japan had also supported India during the 73-day Doklam stand-off with China in 2017.

US supports India on LAC
On Wednesday, the US White House unequivocally accused China of “aggression” on the India-China border.

White House press secretary, Kayleigh McEnany, quoting President Donald Trump, said, “China’s aggressive stance along the India-China border fits with a larger pattern of Chinese aggression in the other parts of the world and these actions only confirm the true nature of the Chinese Communist Party.”

Earlier US Secretary of State Mike Pompeo had welcomed India’s decision to ban 59 Chinese apps, stating these apps served “as appendages of the CCP’s surveillance state.”

France expresses solidarity with India
India’s trusted friend and strategic partner France expressed “steadfast and friendly support” to New Delhi. In her letter to her Indian counterpart Rajnath Singh on June 29, French Defence Minister Florence Parly expressed “deep solidarity” over the death of 20 Indian soldiers in a violent face-off with Chinese troops in the Galwan Valley on June 15.

“This was a hard blow against the soldiers, their families, and the nation. In these difficult circumstances, I wish to express my steadfast and friendly support, along with that of the French armed forces,” Parly wrote, adding she was ready to meet Singh in India to follow up on their discussions.

The move comes at a time when the French Navy is looking at ramping up joint exercises and patrols with the Indian Navy in the Indian Ocean region.

UK lends its weight behind India on LAC
On the other hand, the United Kingdom which is itself engaged in war of words with China over Hong Kong, lent its weight in favour of India, stating “violence is no one’s interest.” The British High Commission spokesperson expressed his concern about stand-off with China, saying, “We encourage China and India to engage in dialogue on issues relating to the border—violence is in no one’s interest.”

“Tensions over territorial claims are rising across the Indo-Pacific region, as we have seen recently on the disputed border between India and China, and the South China Sea, and the East China Sea,” he said, adding that The Indo-Pacific area is the epicentre of strategic competition and the risk of miscalculation and even conflict is growing.

The Australian Prime Minister also made it clear that it wouldn't just be China and the US that will determine whether the region “stays on path for free and open trade, investment and cooperation”, but India, Japan, South Korea, Indonesia, Malaysia, Singapore and Vietnam too have choices to make and parts to play.

ASEAN lashes China over South China Sea
Although members of the Association of Southeast Asian Nations (ASEAN) have not said anything on the India-China stand-off on the LAC, they have rejected China’s claim to almost the whole of the South China Sea. They said the 1982 UN oceans treaty should be the basis of sovereign rights and entitlements in the disputed waters.

On Saturday, ASEAN leaders took the position in a statement issued by Vietnam on behalf of the 10 countries’ group. “We reaffirmed that the 1982 UNCLOS is the basis for determining maritime entitlements, sovereign rights, jurisdiction and legitimate interests over maritime zones,” the statement said, referring to the UN Convention on the Law of the Sea, which defines rights of nations to the oceans and demarcates exclusive economic zones.