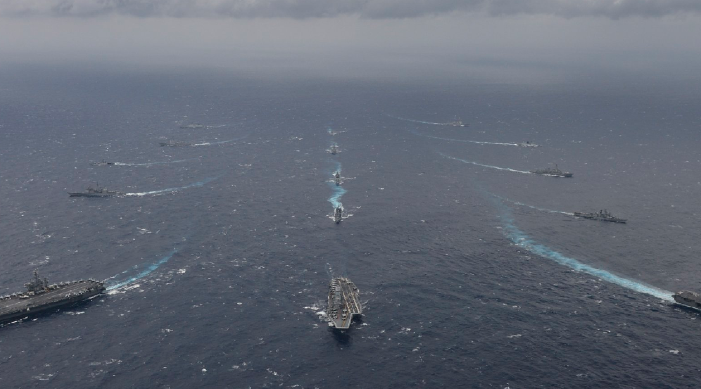 Japan has widened the scope of its state secrets law to cover more countries as it looks at expanding cooperation in sharing defence intelligence with countries like India, Australia and the UK, the Asian Nikkei Review has reported.

The change in the law, that already includes the United States, came in last month’s revision of standards for the 2014 legislation that covers areas like defence, diplomacy and counter-terrorism, the report said.

The classification of information from a foreign military as a state secret will facilitate joint exercises and tie-ups for developing equipment, it said, adding that the change in law was geared toward the UK, Australia, India and France.

Reducing the risk of leaks should encourage these countries to share confidential data, the Asian Nikkei Review report said. It explained that this also makes it easier to share data on Chinese troop movements with Tokyo finding it harder to track Beijing's activities in the region on its own.

According to the report, the revision in the state secrets law also serves to promote broader cooperation under the 2016 security legislation. This lets Tokyo exercise the right to collective self-defense and supply fuel and ammunition to other militaries in situations that pose a threat to Japan.

This requires information on the size, capacity and operating areas of these forces, which can include highly secret data, the report pointed out.

Japan's Self-Defense Forces and the Australian military conducted joint drills involving fighter jets in Japan for the first time last year. The Maritime Self-Defense Force has participated in the U.S.-India Malabar naval exercise every year since 2015, said the report.