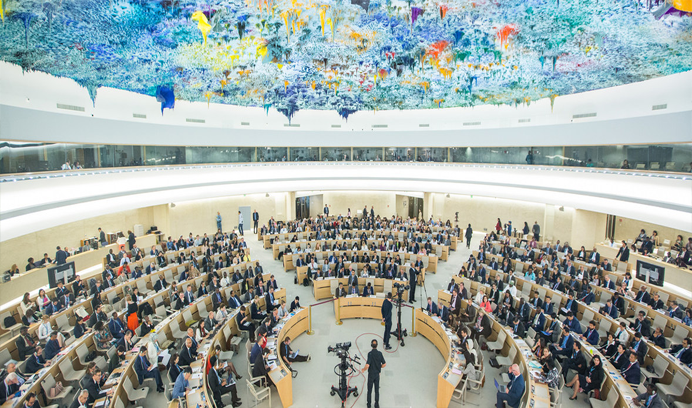 Paying China back in the same coin, India for the first time raised an issue related to the new security law passed by China for Hong Kong at the UN Human Rights Council.

India’s permanent representative to the UN in Geneva, Rajiv Chander on Wednesday said India has been keeping a close watch on developments in Hong Kong as it is home to a large number of Indian community members.

A total 40,000 Indian community members stay in Hong Kong which is on the boil with anti-Beijing pervading every section of the society in this special administrative region of China since June 2019.

Residents of the former British Colony are angry over the rising influence of China in Hong Kong which was taken control by China in 1997 on the promise of running the city-state on “one country, two systems” concept.

There is an estimation that more than 7,000 people have been arrested since anti-China protests erupted in Hong Kong, while some succumbed to injuries in the long-drawn fight of the residents of the city-state for the implementation of the “one country, two systems” concept in the true sense.

The Indian representative at the Human Rights Council said, “We have heard several statements expressing concern on these developments. We hope the relevant parties will take into account these views and address them properly, seriously and objectively.”

The Indian envoy said without taking China’s name. But with this, India which maintained caution in dealing with Beijing, has now conveyed a clear message to China that gloves are off and New Delhi is ready to punch it where it hurts. This is seen as India’s diplomatic strike against China after the ban on 59 Chinese apps, which is viewed as India’s digital assault on Beijing.