India will brook no Chinese bullying 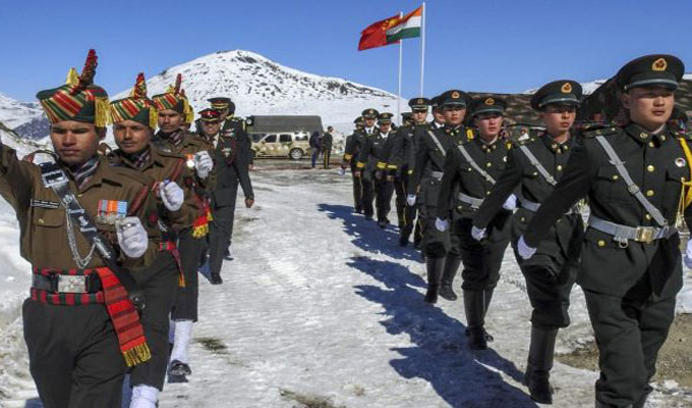 India has picked up a gauntlet thrown by China with a clear message that it will not tolerate bullying by Beijing any more.

In an article in Hindustan Times, Gautam Bambawale, the ex-ambassador to China says there is a difference between the current face-offs and earlier ones between Indian and Chinese soldiers in eastern Ladakh.

According to him, this time Chinese People’s Liberation Army (PLA) has come prepared and it is apparent from the number of armaments, including artillery brought by the Chinese soldiers on the border.

However, by moving Chinese troops right up to what they conceive the LAC, Beijing is trying to unilaterally define and determine the LAC without bilateral consultation with India.

“The Indian Army has blocked the Chinese and is deployed to protect Indian territorial integrity. What PLA has also managed to do is to violate all the principles, norms, standard procedures which have evolved over the past 25 years to maintain peace and tranquillity in the border areas. They have displayed how little store it sets by agreements signed by its own government,” Gautam Bambawale said in his article in Hindustan Times

By amassing troops on the LAC, China is signaling to India and the world that it is the number one power in Asia and that it will do what it wishes, whether on the LAC or the South China Sea.

It wants to convey a message to the world that the 21st century is not an Asian but a Chinese century.

However, India’s military action in eastern Ladakh has sent a very clear message to China that New Delhi doesn’t accept Chinese hegemony and that it will not brook bullying or shoving.

“Remember, the rest of the world is also watching. If China has thrown down the gauntlet, India has picked it up,” the former Indian ambassador to China writes.

After sending a clear message through military action, India is now letting China know that the business cannot be as usual.
It has banned 59 Chinese apps, but banning Chinese firms on national security grounds from participating in India’s 5G trials will be a strong indication of New Delhi’s mindset.

This apart, it will have to strengthen its alliance with the US, Japan, France, South Korea, Indonesia and also Taiwan. But then India will have to assess its strategy against China with a cool and calm mind. There is no need for knee-jerk reactions.

Read the article in detail in Hindustan Times: