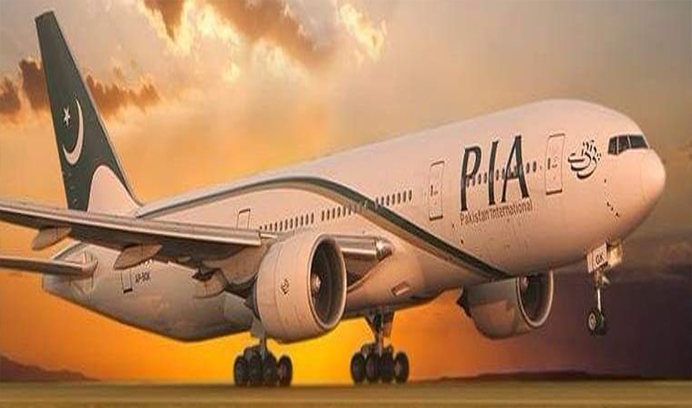 By the Pakistani government’s own admission, over 260 of the 860 pilot licences issued by the authorities are fake

Pakistan’s woes continue to mount. As if its isolation in the global community over its open support to terror groups was not enough, its national carrier Pakistan International Airlines (PIA) has been banned from flying to and from destinations in the European Union due to its pilots holding fake licences.

The decision implemented by the EU Aviation Safety Agency (EASA) will be in effect for at least six months, beginning today.

The move came days after Pakistan’s Aviation Minister Ghulam Sarwar Khan informed Parliament that more than 260 of the 860 pilot licences issued by the Pakistani authorities were fake.

Referring to “strong indications” that a high number of Pakistani pilot licences are invalid, the EASA said it “no longer has confidence that Pakistan, as the State of operator, can effectively ensure that operators certified in Pakistan comply at all times with the applicable requirements for crew qualification”.

EU member states can issue new permits for the PIA only when the suspension is lifted by EASA.

The EUSA decision followed a detailed assessment of the PIA that began in June 2019 as part of the agency’s statutory monitoring of airlines. EASA raised six issues with the airline; five of them were closed after PIA undertook corrective action.

But EUSA was not satisfied that the PIA met the safety standards that needed to be followed, particularly when it comes to pilots’ qualifications.

PIA confirmed the move with a statement on Twitter, adding that the airline was in touch with EASA to allay their concerns.

The EU aviation regulator’s move comes close on the heels of action being initiated by some other countries after the International Air Transport Association (IATA) expressed concern over the issue of fake Pakistani pilot licences.

Vietnam, for instance, has said that it has grounded all Pakistani pilots working with airlines in the country.

Some reports have said that airlines in some Gulf countries have also initiated action against Pakistani pilots. While there is no official word on this, this is indication enough of the alarm bells that have been set ringing in the global aviation sector when it comes to pilot licences issued by Pakistani authorities.

Reacting to the issue, an IATA spokesperson had said the reports from Pakistan about fake pilot licences represented a serious lapse in the licencing and safety oversight by the country’s aviation regulator.

The existence of fake pilot licences was discovered during investigations into a May 22 PIA flight crash in which 97 people were killed in Karachi. The inquiry showed that 260 of 860 pilots in Pakistan had not cleared their examination but had still been given licences by the aviation authorities.

International embarrassment apart, this is just another example of a broken system of governance when it comes to Pakistan.