Improved infra at LAC serves as deterrent to China 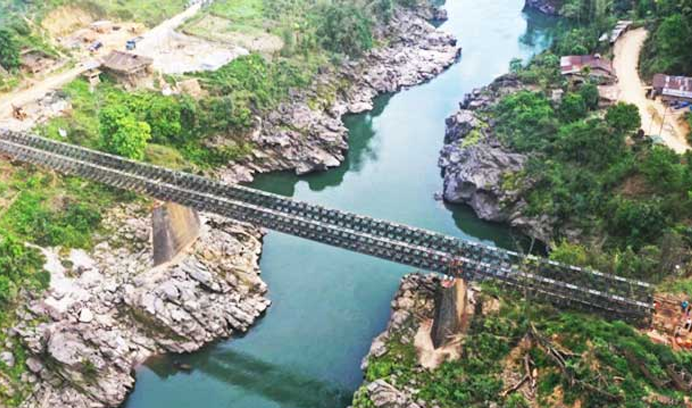 Today, there has been a great leap in infrastructure development at the Indo-China border, making China think twice before taking any misadventure towards India.

India has today improved infrastructure along the Line of Actual Control and this has led to heightened patrolling and close monitoring of movements at the border, said R K Pachnanda, a retired director general of Indo-Tibetan Border Police in his article in Hindustan Times.

He said China has always made a creeping annexation part of its policy towards India. For this, he blamed the then ruling dispensation at the Centre for turning a blind eye to Chinese continuous transgressions and border violations.

According to him, today, there has been a great leap in infrastructure development at the Indo-China border on the Indian side which has served as a deterrent to China.

Had the infrastructural development started in past regimes, India would have been in a more dominant position today, the retired IPS officer said in his article.
After 2014, India created a strong road network through the Border Roads Organisation and the Central Public Works Department despite the small window, during the year, for construction, due to the harsh winter.

He quotes the Ministry of Home Affairs as saying that the creation of infrastructure “would help integrate these area with the hinterland, create a positive perception of care by the country and encourage the people to stay or in the border areas leading to safe and secure border.”

As per Pachnanda, post 2014, India has not allowed any construction activity nor any intrusion within its territory along the LAC by the Chinese soldiers. And reasons cited by him include development of very good infrastructure in the Indian side of the LAC and regular patrolling of border areas by the security forces.

“In Doklam, India stalled the construction of a road by the Chinese, which would have adversely affected the nation’s strategic interests. It is only after this that China became more wary of India’s diplomatic and military might,” the retired IPS officer said in his write up.

He praised Prime Minister Modi for having a judicious mix of diplomatic, military and economic options towards China.

“Prime Minister Modi and President Xi Jinping have had as many as 18 summit meetings over the past six years, including two informal meetings at Mamallapuram and Wuhan. Several meetings have been held at different levels. The 15th meeting of the Working Mechanism for Consultation and Coordination, was held on June 24, where India stressed on respecting LAC and both sides agreed to expeditiously implement the understanding on disengagement and de-escalation,” the retired ITBP official maintained.

In the last, he said even as India is a peaceful nation, it will negotiate only from a position of strength. And this can happen when strong leadership under Prime Minister Modi is guiding India’s security policy based on national interests.

Read this article in detail in Hindustan Times: