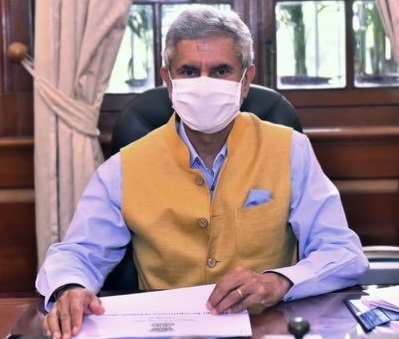 As close strategic partners, India and France are working on many projects, including defence and security.

The discussion between the two foreign ministers came after India and France exchanged views at the foreign secretary-level on regional and global issues of mutual interest.

Foreign Secretary Harsh Vardhan Shringla and Secretary General of the Ministry of Europe and Foreign Affairs of France, Francois Delattre, via a video link on Monday discussed the COVID-19 pandemic and reviewed the progress of their multifaceted cooperation.

In his tweet, the External Affairs Minister said, “Wide-ranging discussion with French FM @JY_LeDrian. Covered issues of contemporary security and political importance. Also agreed to address#COVID-related challenges in health and aviation. Thanked him for the strong support in #UNSC and look forward to working together.”

The discussion between the two foreign ministers comes at a time the Indian and Chinese armies are locked in a bitter standoff in multiple locations in eastern Ladakh for the last seven weeks, and the tension escalated manifold after 20 Indian soldiers were killed in a violent clash in Galwan Valley on June 15.