India plans to hit China where it hurts the most 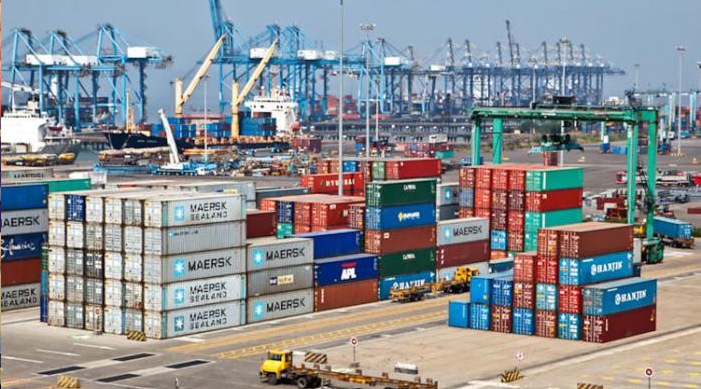 When Prime Minister Narendra Modi in his June 28 ‘Man Ki Baat’ programme reminded the countrymen about the necessity of self-reliance, he was presenting a roadmap to what India would do to strengthen its economy, while protecting its image as a strong country with enough capability to teach its enemy a lesson or two.

“We should remember that the stronger our country is, the possibilities of peace in the world will proportionately be bolstered,” the Prime Minister said in the latest episode of his radio programme. He also hinted towards the challenges India was facing at the border from the country which has only tried to widen the trust gap, instead of cementing it in the 70 years of its diplomatic engagement with Delhi.

In fact, the deadly June 15 incident of the Galwan Valley, in which 20 Indian soldiers lost their lives during the first ever violent face-off between Indian and Chinese soldiers in the last 45 years, has now confirmed that even informal summits of Wuhan or Mahabalipuram have not been able to purge China of its wickedness.

But now, India appears to be in no mood to keep it business as usual with China. It is going to reset its relations with Beijing and a subtle hint in this regard has already been given by the government. From political to economic to strategic—at every level, the government has started mulling changes in the rule of game against China.

On the economic front, initiatives are being taken to promote Indian business which could fill the market space so far occupied by the Chinese companies. In this regard, the push is coming directly from the Prime Minister’s Office. To check the free flow of Chinese goods, a slew of measures, including erecting tariff barriers have been planned.

The Telecom Ministry has already directed BSNL, MTNL and other state-run subsidiaries to stop using Chinese equipment while pushing the public sector telecom company to cancel Rs 8,697 crore 4G tender in which China’s equipment manufacturer ZTE had participated. The Chinese company, Huawei’s plan to enter the 5G market of India and consolidate its base in the country also seems dashed. Security reasons have been cited for keeping Huawei away from the Indian market.

There is a buzz in the corridors of power ministry that Chinese companies should be debarred from making an entry into India’s mass smart metering programme.

The state run Energy Efficiency Services Ltd (EESL) has been reportedly told to avoid using Chinese meters. The Centre wants to convert all electricity meters into smart prepaid meters by 2022.

Similarly, Indian Railways has decided to cancel a Rs 471-crore signaling project awarded to China Railways Signal & Communications Co. Ltd. Though this decision has been spurred by the violent Galwan Valley clash, the Indian Railways were mulling termination of the contract with the Chinese company since long.

The contract for signalling and telecommunication work on the 417-km long Kanpur –Deen Dayal Upadhyay section of the freight corridor was awarded in 2016. Since then, the Chinese company has completed only 20 percent of the work.

Coupled with the tardy pace of work, the growing anti-China sentiment after the June 15 Galwan Valley incident, seems to have prompted the Indian Railways to scrap the project. But there is a hurdle. Since the funding for the project came from the World Bank, as such for its termination, authorities of Indian railways have to approach the international financial institution.

But the Mumbai Metropolitan Region Development Authority (MMRDA) did not bat an eyelid in cancelling the bid to manufacture 10 monorail rakes by Chinese companies-CRRC Corporation Ltd and BYD Co Ltd.

Along with all this, steps have been taken to properly scrutinize all imported goods from China at seaports and airports before being given them custom clearances. Besides, plans are afoot to impose higher trade barriers and raise import duties on products imported from China.

China’s Global Times, finding it hard to digest the ongoing call by Indians to shun Chinese goods, maintained in its write up on June 24 that “Challenging the dominance of small Chinese goods in the Indian market would be to challenge the market itself.” It also said that India waging a trade war with China is like “throwing an egg at a rock.”

Experts view it differently. They say Global Times’ anti-India write ups are a reflection of China’s anxiety as India is seen as a lucrative market for the cheap Chinese goods. However, push came to the shove when India changed Foreign Direct Investment rules in April.

With the objective of preventing opportunistic takeover of firms hit by the lockdown induced by the Covid-19 pandemic, the Centre changed the FDI rules. Under the changed rules and regulations of FDI, an entity of a country that shares a land border with India can invest in firms in the country only under the government route. This infuriated China and termed the move as a violation of WTO principles.

But India seems to be unwavering in its aim to make China realize that it will have to pay the cost of barbarity its soldiers inflicted on unarmed Indian soldiers in the Galwan Valley. Also, India is not in two minds to ensure that China’s expansionist behaviour should face an insurmountable wall in the Himalayas, no matter what tantrums Beijing displays to deter Delhi.