China’s past move in Central Asia, may offer India hint to PLA’s strategy in Ladakh 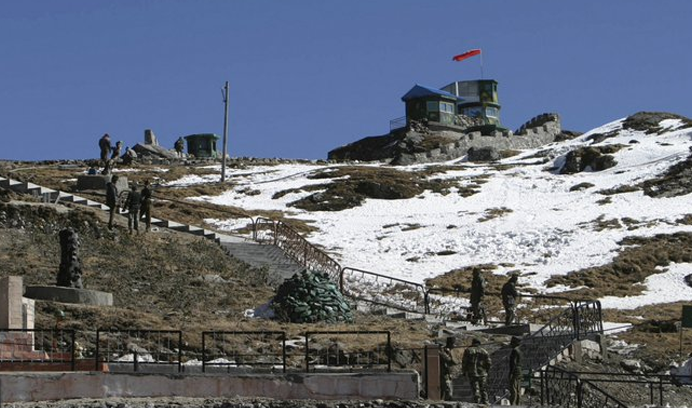 China’s past border tactics should offer some examples, if not a complete cue to Chinese strategy to push towards Ladakh.

To understand China’s incursion in Ladakh, one will not only have to dive into the pages of history but also the East Asian country’s motive. Beijing wants India to settle the boundary issue and cede Aksai Chin to it. In essence, it wants to ward off the threat at the periphery to achieve internal stability

There is a method to this madness. In the 1990s, it settled border disputes with Russia and three Central Asian countries. Following the collapse of the Soviet Union, China feared that its Xinjiang province would become an object of power play. It urgently settled border disputes with Kazakhstan, Kyrgyzstan and Tajikistan. For this, Beijing used both incentives and coercion.

It used all tricks in its quiver to make Kazakhstan agree to China’s demand during the border settlement. Kazakhstan had to denounce Uyghur separatism and curb anti-China activities. Similarly, Kyrgyzstan had to cede 1,20,000 hectares of land in exchange for Chinese assistance. Tajikistan was made to surrender 1,100 square miles in 2010. This way China gained land, got nixed the Uyghur issue and also pushed its economic agenda by linking Xinjiang with the Eurasian markets, said P Stobdan, an ex-ambassador and strategic expert said in his write up in the Indian Express.

According to him, China’s past border tactics should offer some examples, if not a complete cue to Chinese strategy. In 2005, India and China agreed to a new set of guiding principles to settle the disputed border dispute. The Special Representative level talks were held. Twenty two rounds of talks have been held between the two countries since 2005, yet the two sides have not been able to resolve their disputes. China has been seeking a substantive adjustment concession especially on Tawang, but for India, ceding this part of Arunachal Pradesh is a political challenge. This was reflected in the drafting of the guiding principles. Both countries hoped to clinch a solution through this mechanism.

As per Stobdan, through the Ladakh incursion, the Chinese are possibly trying to convey three essential points. One, settle the boundary dispute on its terms. Two, that it intends to solve the Tibet problem internally and does not want any Indian interference in the post-Dalai Lama developments. Three, it wants to point out that a US-led QUAD strategic forum should not be encouraged.

He further writes that by making incursions in Ladadh, Chinese may be making a tricky move to let India, in the first step, forego its claim over 38,000 sq km (Aksai Chin), thereby de-link Ladakh from the overall boundary dispute.

But, should that happen, India, by implication, will have to give up not only Aksai Chin, but also cede its notional claim over the 5,047 sq km (Skyasgam valley) and the Menser Enclave (five villages) near the Mansarovar Lake. China’s “minimal demand” that Tawang is non-negotiable had been aired through Chinese academics. This tactic was also applied with Central Asian states.